There’s something about travel that inspires strange tales and the Muse has been poking me with her big stick again. I

don’t mind the bruised ribs of inspiration when they lead me to such fun stories, and this time they’ve led me back to Mr. Sands.

Mr. Sands’ story, as I suspected, is far from finished. And as I certainly suspected, someone like Mr. Sands couldn’t sneak around very long without being discovered by Madga Gardener and her consortium. Remember, this is a work in progress, so be gentle with me. Enjoy the next instalment of Mr. Sands’ strange tale.

I followed him at a safe distance. He was fast tracked through passport control at Heathrow, as was I, and neither of us had luggage. He was my job. I wasn’t about to lose him. Once through customs and in the arrivals hall, he made his way to the Wetherspoons, where he ordered coffee, and I did the same, discreetly watching him watch the woman who was ushered in by one of the first class flight attendants, who settled her into a booth and ordered her up a full English breakfast. The woman looked dazed and her hands shook with her first bite of food.

My name is Elise North. I’m a PI. At least that’s what Magda Gardener calls me, and that’s what my business card says – the one I hand out when I need to look legit. Most of the time I work under cover, and my ID changes with the job. I don’t own a gun. It would hardly do me any good. I work on cases that need a delicate hand. I do, however, own a silver-tipped stake … more of a stiletto, actually, but I know how to use it, I guarantee you that. I’m athletic, I’m fast and well trained in martial arts because, in a field as specialized as mine, if things ever go south, about the best I can hope for is to escape and run like hell. None of those skills, however, are the reason Magda Gardener hired me. I have other gifts, gifts that in the kinds of circles Magda and her people run in, are highly coveted.

Those particular gifts are the reason I was just off the night flight from New York’s JFK to London Heathrow after paying an enormous sum of money to sit across from Daniel Emerson Sands in first class. Before we were even off the runway at JFK, all of the flight attendants made time to pay the man homage. A big name celebrity couldn’t have drawn more solicitous, yet quiet attention. Each one, whether male of female, approached him with a fan girl flutter of excitement, I observed in a flush in the cheeks, a quickening of the pulse in throats, in temples, in a moistening of lips with a flick of the tongue, in an acceleration in the breath.

He kissed the fingers of the female attendants, so delicately caught up in his strong grip. Each of the male 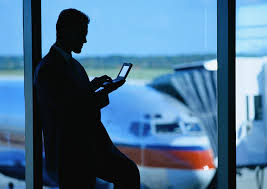 attendants he offered a warm handshake, then a clasp of the shoulder as they bent forward, almost as though they were about to share a secret … or a kiss. While it came as no surprise to me that each attendant responded with a little gasp and then a grunt and a shudder of the body that would have been almost undetectable to someone less observant. Neither did it come as a surprise when, each time, Daniel Sands inhaled deeply and sighed as though he had just past a bakery with the door open allowing its delectable scents to fill the air. What also came as no surprise, the thing I had spent the most time preparing for, and yet still found disturbing, was the frisson of fear that accompanied ritual. Each attendant came to Sands eager and willing, but fear was as much a part of the formula as lust. They all knew what he was. If they didn’t, he couldn’t do what he does, what he must, on this flight … repeatedly.

While we taxied and took off, Daniel Sands sat quietly perusing a copy of The New York Times as though he were any other passenger in transit just wanting the journey to be over with and to arrive safely at his destination. But I knew better. I’ve known better since Magda Gardener assigned me to follow him, to learn all about him that I can. As I said, I handle jobs for Magda that are of a delicate nature. You see, Daniel Emerson Sands is an incubus, a particularly powerful one, and one Magda has set her eyes on. It’s a very dangerous thing to have Magda Gardener sets her eyes on you. Mr. Sands had no idea he was up against a master huntress. All he wanted was his special in-flight meal service.

The flight attendants and the woman at check-in, and all of the others that Sands had contact with before boarding, they were nothing more than nibbles, appetizers, if you will. There were only seven of us in first class, but only one was his chosen main course. As with all of his in flight meals, she was upgraded from economy. I stood behind her in the line at check-in, I watched while Mr. Sands, ever so subtly bumped into her, all apologetic for being so careless. I watched the way he rested a solicitous hand at the small of her back to steady her so she wouldn’t fall. I watched the way he smiled at her. I watched, and I knew from my research, that she was the one, that she would have a visit in the dream world she’d be very unlikely to forget. And she would wake up weakened and confused.

Just as I expected, there was no lingering over dinner in first class. everyone fell asleep almost immediately after they’d eaten, and the attendants made themselves scarce. What I hadn’t expected was that as soon as everyone was asleep, Sands rose up from his seat and walked among the passengers, touching each of them lovingly. I was just about to panic, not sure what he’d do when he found me awake and not under his spell. I was just about to throw caution to the wind, flee to the lavatory and lock myself in when his tender ministrations were interrupted by the unexpected appearance of the blonde flight attendant. “You’re here,” she said, “I’m sorry, I didn’t mean to interrupt.” And suddenly my own heart was racing as he took her face in his hands and kissed her. And I swear, it wasn’t his magic affecting me, it was just that – well the way he kissed her was so damned sexy. He tasted and tested and teased her mouth like she was dessert and she responded as though the kiss was a raw desperate fuck. And then with a deep intake of breath, he released her. She shivered out what I was sure was an orgasm and then left, shutting the curtain behind her as though nothing had happened.

Before I could heave a sigh of relief, I was in danger of being found out again. One by one he kissed everyone in first class, as though he sought something out, and each one of them writhed and moaned and sighed in his kiss. I’m pretty sure a couple of the men even came. But I knew exactly what he was doing. I knew that in their sleep, he took the kisses from them, stolen kisses, and yet no one denied him because it felt so damned good. Still, I sensed that same hint of fear I had with the attendants. The mix of fear and lust is such an intriguing blend.

For me, there was no escape, and when he came to me, I could do nothing else but pretend to be asleep. The fear I felt, well that was genuine enough, and so was the sense of arousal after what I’d just observed. All I had to do was exactly what everyone else had done, when he came to me, and I felt his closeness, felt the humidity of his breath against my lips. As he cupped my cheek with a large palm, as he mantled me with the heat of his body and all but pulled me into his arms, for a terrifying moment, I thought I had made a mistake. I thought it was me he had come to claim, even as I knew that was impossible. And anyway, sex has its own magic, doesn’t it? His kiss was slow and deliberate and deep. I responded by pressing up into his embrace, by sliding my tongue against his, by allowing the bruising of lips against swollen lips as my pulse raced and I felt my own humid heaviness down below my belly. When he sighed softly and settled me gently back into my seat, I was as disappointed as I was relieved as he turned his attention to the blonde who 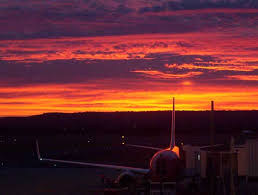 was to be his main course.

I had not expected to be required to do more than observe. I had not expected an up close and personal encounter. From the safety of my feigned sleep, I observed what appeared to be nothing more than him laying one hand low on the woman’s belly while he breathed in her breath in a deep kiss. But I knew it to be so much more than that for both of them. I could practically see the magic like heat waves roiling off of them. It was there, something far more than what was visible, something I remained safely on the outside of. And as I observed, I actually believed I had fooled him. I actually believed I might get away with the impossible that Magda Gardener had asked of me. In retrospect, I should have known better.

One Response to “In Pursuit of Mr. Sands Part 1”