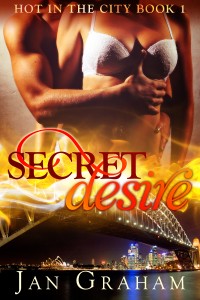 When Jake Munroe moves into his new apartment he has no idea the woman of his dreams is literally right next door. She’s beautiful, sexy, and frustratingly elusive. Finding the right time to make his move seems like it will never come, until she walks through the doors of his nightclub.

Sally isn’t looking for a new relationship but when Jake appears in her life, she grabs the opportunity to partake in some sexual healing. Her ex-husband left her convinced she could never sexually excite or satisfy a man, but those rule don’t seem to apply to Jake. He wants her—at least for now.

Desire rules us all and Jake’s desire for Sally is unequalled to anything he’s experienced before. He wants her in his life and is determined to have her, no matter what it takes. When he thinks he’s finally made Sally his own, he discovers a horrible truth. Sally has kept their relationship hidden from everyone she knows and Jake refuses to be anyone’s secret plaything.

Also available from iTunes, Barnes and Noble, Nook, and Kobo, just type in the book or author name to acquire the listing. 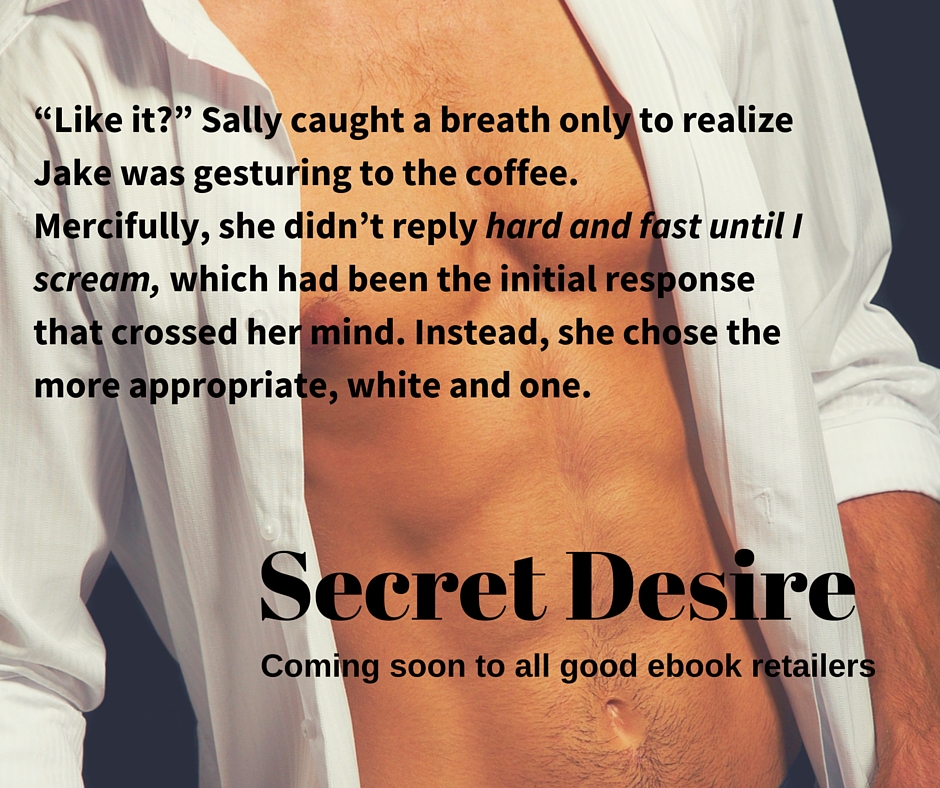 Something icy cold pressed against Sally’s arm and she felt another chill run through her. She raised her head and stared at the large glass of water in front of her.

“You’re probably dehydrated. You hardly stopped dancing all night.” The deep, smooth voice washed over her, causing her body to begin to heat once more.

Sally turned her head toward the warmth and when she finally managed to focus her eyes, she wanted to moan in ecstasy. If there really was a God then he had truly out done himself. The man smiling down at her was perfection. He sat on the bar stool next to her, leaning against the wall. His hair was dark, almost black and hung just below his broad shoulders in long tantalizing waves. It sat brushed back from his face at the front, except for one stray curly strand that had worked its way loose to kiss up against his cheekbone.

His eyes were dark like his hair and conveyed the same warmth as his voice. His lips were thick and lush, ideal for kissing. As her gaze roamed down his body, she was taken by the hard chest and abs that were defined under his tight T-shirt, his legs were a lengthy example of perfection, muscular thighs under dark denim, and a bulge—Sally snapped her eyes back to his face and hoped she wasn’t blushing.

“Drink.” He leaned forward and spoke softly into her ear.

Oh, how could a man smell so divine? She had never smelt a man like him before. Sally’s pussy started to tingle, as he watched her bring the glass to her lips, and take a refreshing drink. She inhaled deeply. Accents of cinnamon and spice tantalized her nostrils. Talk about olfactory heaven.

“I just thought I’d sit here while I waited for my friends.” Sally had no idea why she felt the need to explain her presence to him and couldn’t understand why he looked at her with a wry smile as she spoke.

“I think they’ve left.” He gestured toward the dance floor.

“Oh God, I fell asleep didn’t I?” Sally was horrified once she realized the house lights were on and the dance floor empty. In fact the whole club was empty except for a few bar staff who were cleaning up.

“We cleared everyone out and closed the club about forty minutes ago.” He was smiling at her as he spoke. “You looked so peaceful I thought I’d let you sleep until I was ready to leave.”

Sally gasped when his body brushed against hers as he bent forward, a blaze of heat stroking her body where he touched. She noticed how his gaze roamed along her stockinged legs as he bent to pick up her shoes. As he returned to an upright position, his lips brushed against her leg and he planted a kiss on the lace that sat mid-thigh. She wanted to move, to push her wayward hemline back in place. Instead she just stared at the heated point where his lips had been, feeling the warmth spread upward toward her quickly moistening pussy.

“Nice stockings.” He stated as he took her hand and assisted her in stepping down from the stool. Sally wasn’t sure how she did it, but she managed to pull the hem of her dress back into position as he led her through a door and down a hallway to the club’s back entrance. 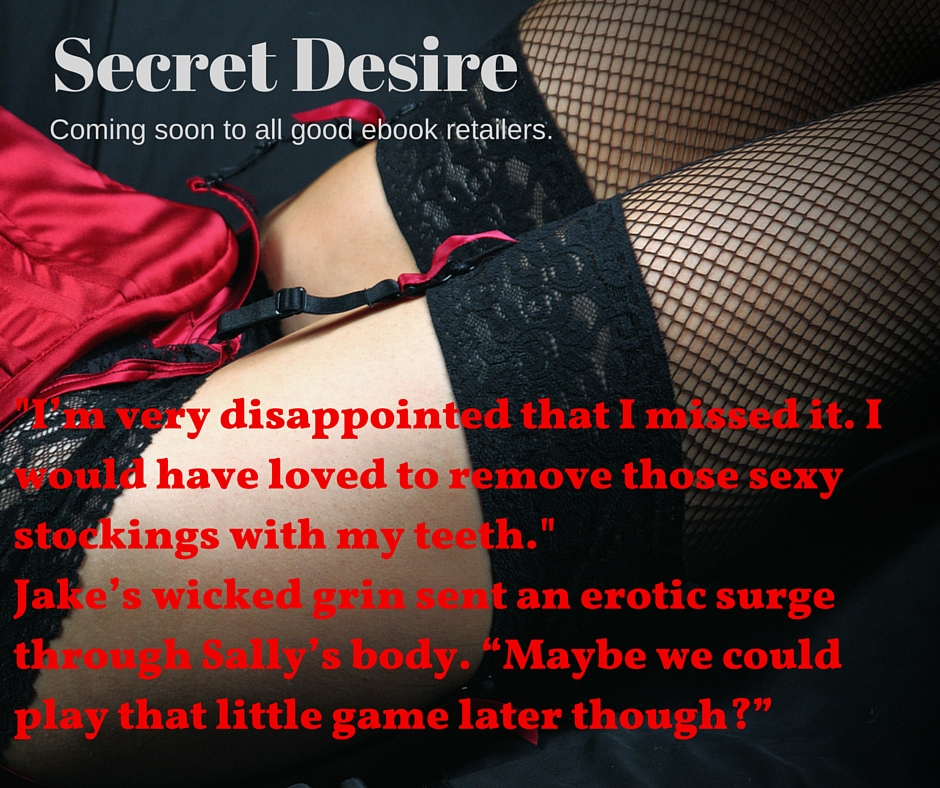 Writing a bio that lets readers know who you are is tricky at times because I describe myself in so many ways. Like my books, I fall into different genres, all of which depend on my mood and inspiration at the time. I am a writer, a submissive, an orphan, a widow, a sister, an aunt, a friend, and sometimes, a wild child.

I live in Australia and writing is my passion, although finding the time to do it on a consistent basis is always a challenge for me. Life sends you curve balls when least expected them and I’ve had my fair share over the last few of years.

More information about what I’m up to, and general nonsense, is available by checking out my online hangouts.

In The Flesh Part 21: Dark Paranormal Romance in Progress. Enjoy! → ← Victoria Blisse has Good Manors! You Should Too!
© 2022 K D Grace
Site created and maintained by Writer Marketing Services