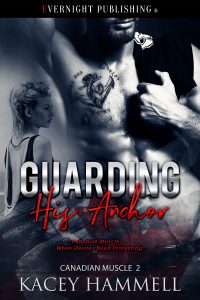 Charlotte Weber is no stranger to heartbreak. FBI agent Frank Shaw has swept in and out of her life as though she’s a revolving door, stomping on her heart in the process. Now that she’s finally had enough, he’s back again and seems determined to spin her life out of control.

Frank knows Charlie is the anchor for his lost soul, even though he can’t risk settling down. The demons of his past are too great, and he won’t run the risk of hurting her. This time, his only objective should be locating Charlie’s brother, Sean. But Charlie’s a complication, and not just because she refuses to believe Sean is guilty.

As Frank and Charlie fight for what they believe in, they also try to resist their powerful connection. The future is unclear, but when danger surrounds them, they are each other’s only anchor. 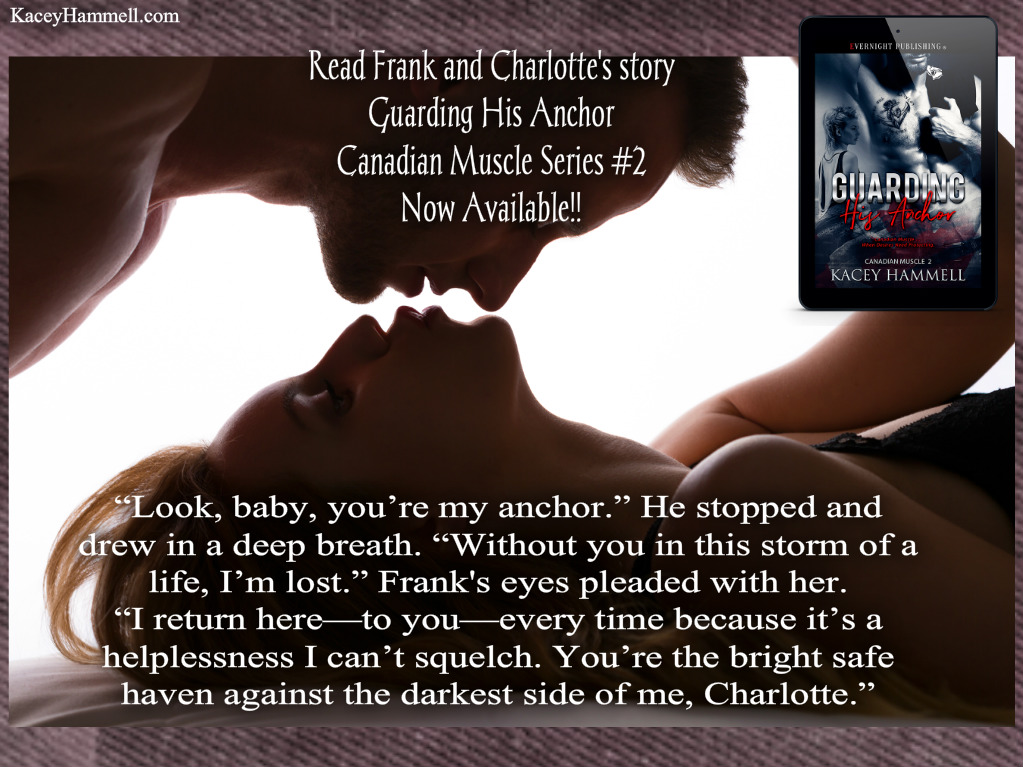 Charlie closed her eyes and leaned against the door. Tonight had resolved nothing. She’d tried to let Neal down easy, but everything she’d said had gone over his fucking head. Confusion rioted in her skull, throbbing non-stop.

A shift of movement caught her attention, startling her. She opened her eyes and lifted her head, standing tall, on the defense.

Oh, for crying out loud!

All she needed tonight was Frank Shaw in her house, staring at her with anger spitting fire from his eyeballs.

But there he was, eyeing her open collar and cleavage, fists bunched at his sides.

Frustration, sexual and otherwise thanks to him showing up when she least expected, curled around her like molten lava spilling from a volcano.

If he wanted a fight, he’d come to the right place.

“What the hell are you doing sneaking into my house?” she demanded, stomping toward him.

“Calm down. Vikki called, asked me to hang some fucking curtains. She said you were at the bar.”

“Can’t you think up a better excuse than that?”

His eyes roamed over her from head to toe. Damn that spark in his eyes when he gazed at her like that. Anger turned to potent hunger in seconds flat, watching her as if she were the prey and he the hunter … She swallowed hard.

“If I’d known you were home and … busy, I wouldn’t have bothered. Vikki said the back door was open.”

“I’ll talk to her about that.” Charlie sighed, then walked into the kitchen. “Her room is across the hall, last door on the right.”

“None of your business.” He was the very last person in the world she wanted to discuss Neal with.

He leaned on the island in the center of the room. “I guess Vikki wasn’t even aware you had a date tonight.”

No doubt Vikki didn’t cared anyway. She was Team Charlie and Frank, and Charlie wouldn’t be surprised if her pal had planned the whole thing. Hang curtains, indeed. At this time of night? Without running it past the owner, her roommate? Charlie suspected Vikki was up to no good.

“Doesn’t matter.” Charlie put the last of the wine in the fridge, grabbed a cloth, and cleaned the counters. “You can do it tomorrow when I’m at work. Good-night.” Focused on one spot, she scrubbed hard, hoping he’d take the suggestion.

“You look beautiful.” His soft comment skimmed along her ear as he moved in behind her.

“Frank, don’t. I just had another guy here, for heaven’s sake.”

“Doesn’t matter. It sure didn’t end the way he thought. I know when you’ve been fucked good and satisfied and when you’re not.”

And for a LIMITED TIME ONLY, get book 1: Guarding Midnight on sale for 99 Cents >> 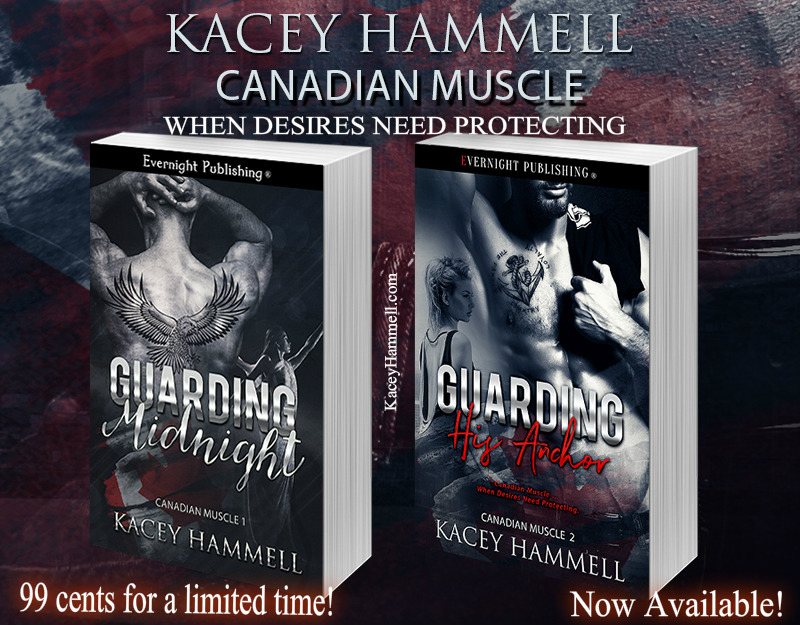 Mom of three, Kacey lives her own happily ever after with her perfect hero in Ontario, Canada.

Readers can find all my titles on my website – www.kaceyhammell.com

Please consider following me on

Shameless Selfie: Dream a Little Dream with Me → ← Why Angels? Janine Ashbless Discusses Her New Release, In Bonds of the Earth
© 2022 K D Grace
Site created and maintained by Writer Marketing Services