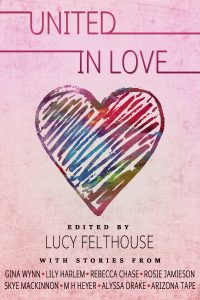 The world could use a lot more love, which is why being united in love is the theme of this short story collection. Each of the characters are dealing with horrific and heartbreaking situations—loss, grief, war, divorce, dementia, disputes over land and more, but what they all have in common is that, with the help of love, of unity, they come through. It may not be all happily-ever-after—since life just doesn’t work that way—but positivity and solidarity shine through in each of the tales and will warm your heart.

So enjoy these stories of unexpected companionship, old lovers reuniting, second chances and creative problem-solving, with the knowledge that the proceeds from your purchase will also have a deeply positive effect—with every penny going to the British Red Cross’s UK Solidarity Fund. 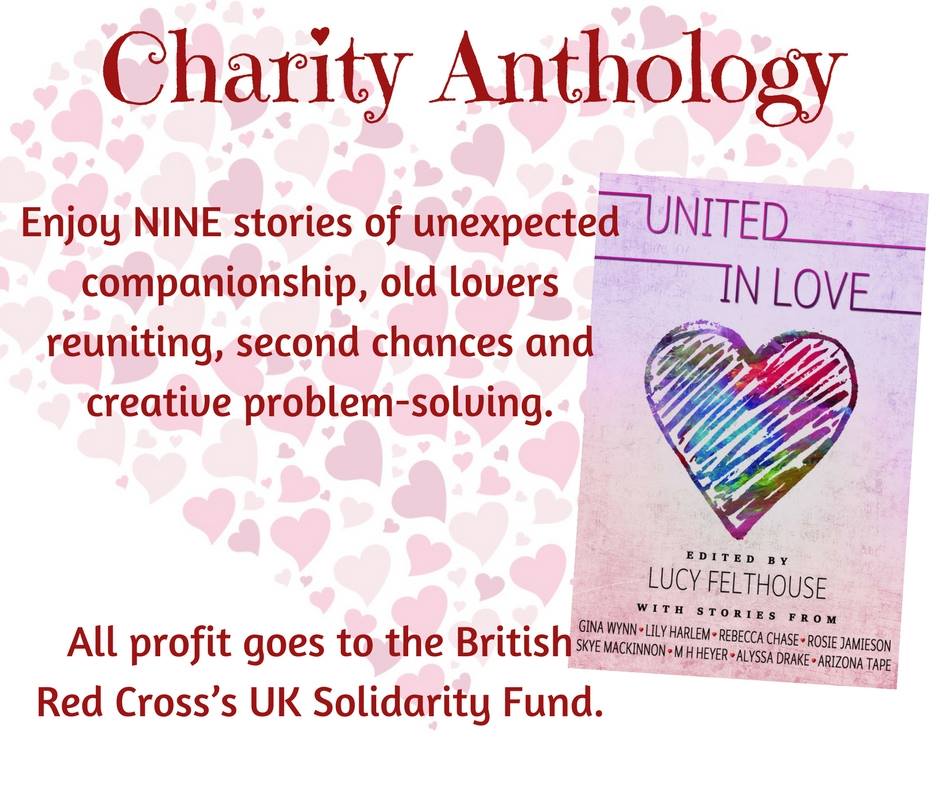 Excerpt from What’s Past is Present by Gina Wynn

Connie always believed she’d know it was summer when the rain got warmer. And that meant summer was today.

She ran along the pavement, trying to dodge the drops as they fell in big splats on her bare arms like sloppy kisses, hunching as she attempted to shield the package of fish and chips she carried. The aroma of the hot food and warm paper tickled her nose, and she could almost taste the contents. Declan would be lucky if she arrived back with anything more than soggy, empty wrappings at this rate.

Picking up her pace as the smell of rain-splashed tarmac filled the air, she hurried the rest of the way back to the house. His house. She shook her head. It would take a while to see the house as anything but Mr Pearce’s place—an adjustment it felt like she’d only just made. Now, it was Dec’s. Just Dec’s. In her head, it’d only just stopped being his place where he lived with his dad. Glancing at the windows in hopes of glimpsing him inside as she walked past had been a habit for a very long time.

When her doorbell had rung the previous night, she hadn’t expected to find a very crumpled, travel-weary Dec in the dingy entryway to her bedsit. In fact, he was probably the last person she hoped to ever find gracing the stoop of what she not-quite-laughingly referred to as her hovel.

She’d barely had chance to move, or slam the door in his definitely unwelcome face, before he wrapped his arms around her, folding her into a perfect bear hug of long-ago familiarity. Caught off-guard and unprepared to see him, she rested her cheek against the soft brushed cotton of his shirt, listening to his heartbeat, as his fingers splayed over her cheek, and she pretended not to notice the rough gasps of air he drew or the silent tears landing in her hair. Her chest hollowed, her heart breaking both for him and over him anew, and a lone teardrop of her own slid noiselessly down her nose.

Of course, she’d promised to help him today because she could never deny him anything, even though she’d spent the past five years regretting him. Getting over him. The bastard. She’d never stopped loving him.

Five years had crept by in a lazy blink of his beautiful brown eyes. And now, in the place where she’d spent so many of her stolen days and illicit nights, she could almost imagine the clocks had rolled back and he’d never left. She’d certainly wished for it enough times.

Short of pressing the doorbell with her nose she had no way to attract his attention, so she pushed on the door handle with her elbow and shouldered her way through the unlocked door into the narrow hall. The same worn carpet, lending a musty smell to the house these days, ran straight ahead to the kitchen and up the stairs. She walked towards the kitchen, ignoring the grime of a house where the owner hadn’t cared as much for the fabric of the building over the years as he did the family members within it. Framed portraits and holiday snapshots of Dec and his dad lined the walls, but she brushed past each of them. She could describe the position and content of each—perhaps accurately pinpoint the date of a few if she appeared on Mastermind with ‘The early life of Declan Pearce’ as her specialist subject.

But as she turned to push through the door into the next room, she caught sight of some new pictures and swallowed down a mixture of envy and bitterness at the juxtaposition of Declan’s life before and after—the part where he’d moved on without her. Even after Dec left, his dad must have continued to hang pictures of him because there he was, framed with as much care as anything that gone before.

Dec in an office of black leather and gleaming chrome—a vista of New York spread like a map through the huge picture window behind him; Dec beside an aeroplane bearing his name—sunglasses on, wide grin in place, and a suit that must have been expensive but one he wore without effort and made it look good.

Dec behind a podium.

Dec in an apartment so swish she’d have believed someone had Photoshopped him into it if she didn’t know better.

Her gaze skimmed the remainder of the newest frames, and her thoughts stalled. She leant closer. No. They weren’t photographs. They were pictures that had been cut with great care from glossy magazines and newspaper articles, as if someone was reduced to simply scrapbooking a loved one’s life rather than being part of it.

Regret flashed through her. It didn’t show the future—the life together— she and Dec had planned in all those late nights that somehow turned into seeing the dawn. If she was honest, it didn’t show any sort of life she’d ever imagined for anyone she knew, let alone someone she loved. And especially not for Dec. She’d always believed they were the same type of person. But maybe not now she could see his life through someone else’s eyes.

She shrugged, trying to throw off her sudden melancholy. The fish and chips wouldn’t eat themselves.