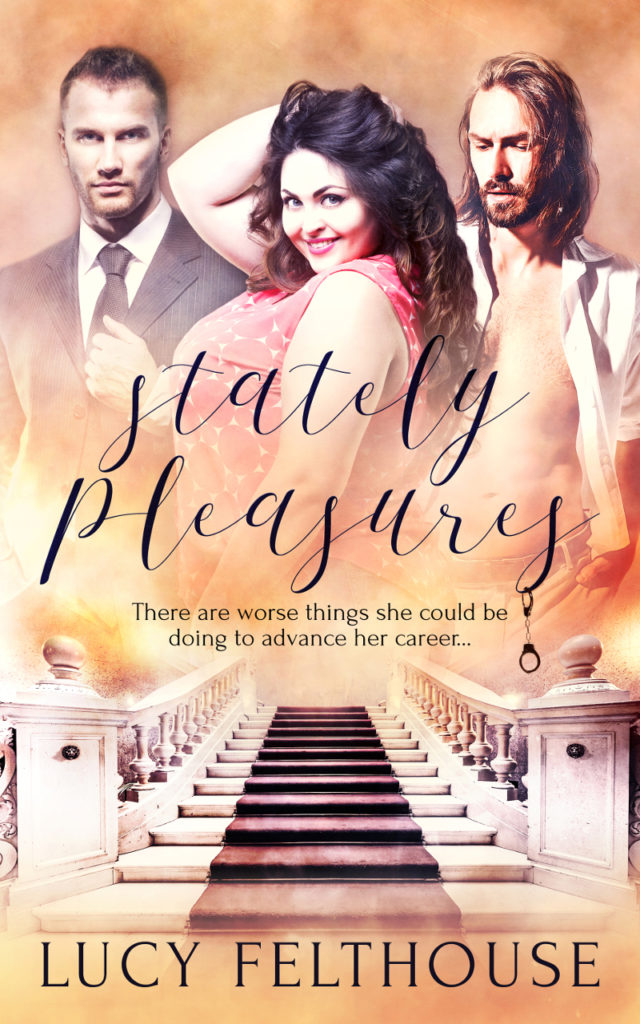 There are worse things a girl can do to get a boost up the career ladder.

Alice Brown has just landed her dream job as property manager at Davenport Manor, a British stately home. It’s only a nine-month contract to cover maternity leave, but it will provide her with the vital experience she needs to progress in her chosen career.

However, her dream job soon threatens to become a nightmare when she discovers her boss, Jeremy Davenport, in a compromising position. Her shock is exacerbated when Jeremy, far from being embarrassed or apologetic about what happened, manipulates the situation until somehow, she’s the one in the wrong. He and his best friend, Ethan Hayes, the head of security at Davenport Manor, give her an ultimatum. Faced with the possibility of losing her job and endangering her future prospects, Alice reluctantly agrees to their indecent proposal.

When the dust settles, Alice comes to the conclusion that playing their kinky games isn’t such a bad thing, after all. But what happens when she thinks she’s falling for both men?

Alice took a deep breath, in through her nose, and out through her mouth. Repeated the process once more. Then, realising she could sit there all day doing it and not feel any calmer, she forced herself to step out of the car and close and lock the door.

“Can I help you?” the woman asked kindly.

“Yes, of course,” the woman replied, “that’s today, isn’t it? Follow me; I’ll take you to Mr Davenport’s office. But just hang on one second.”

She ducked through the doorway into the next room and spoke with her colleague. Alice guessed she was letting her co-worker know she’d be gone for a few minutes. A few seconds later, she was back. “Okay, follow me, Miss…”

“Brown,” Alice said, then fell in behind the other woman as she led her to Mr Davenport’s office, and the interview that could change her life forever. It was hardly surprising that she was shaking like a leaf.

Alice quickly became disorientated as their journey took several twists and turns along dim corridors—their blinds drawn to protect paintings, tapestries, and furniture from the sunlight—and up a flight of stairs. She had a few seconds to worry about finding her way if she was lucky enough to get the job, then her guide stopped outside a door and turned around.

Alice smiled and thanked the elderly woman, then smoothed down her skirt, which also conveniently wiped the nervous sweat off her hands. She stood up straight, gave herself a mental pep talk about being more than qualified for the role, and knocked on the door.

Alice knew that voice could only belong to Jeremy Davenport. The posh accent, and the fact he’d said “enter” instead of “come in”, screamed money and an upper-class upbringing. Alice was suddenly desperately aware of her broad Midlands accent and lowly background, despite the fact she’d worked her backside off to get into a decent university in order to gain a Bachelor of Arts degree and then a Master’s degree. No matter what she sounded like, or what her past was, she had all the skills necessary to do the job she was about to be interviewed for.

She realised she’d left rather a long pause before opening the door, and turned the handle before the occupants of the room thought they were about to interview some kind of simpleton who couldn’t follow a simple instruction.

Fixing a polite—but hopefully not inane—smile onto her face, Alice stepped into Jeremy Davenport’s office. Her first thought—which certainly did nothing to help her nerves—was good God, he’s hot. 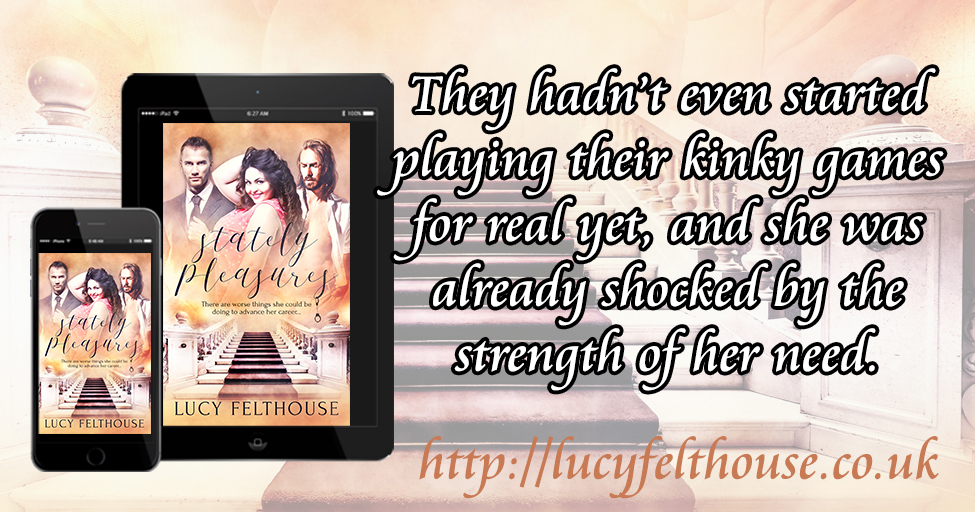