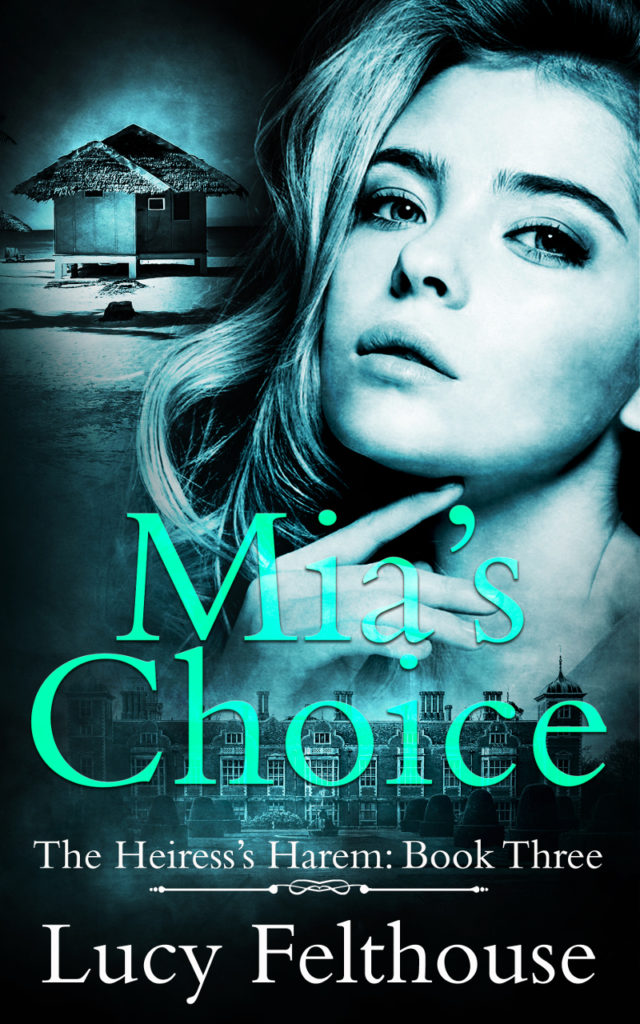 But what happens after the wedding?

The last few months of Mia Harrington’s life have been tumultuous, to say the least. Losing her father, the bombshell in his will, followed by her multiple whirlwind romances and subsequent marriage—it’s little wonder she’s so thrilled to be spending three weeks in a tropical paradise with her four men. Rest, relaxation and a hefty dose of fun is precisely what they all need.

But the unconventional honeymoon isn’t all sea, sun, sand, and scorching sex. Back home in England, they have careers, responsibilities, other things that take up their time. Being in each other’s pockets on a tiny island is a challenge—but is it one they can rise to? Will this make or break their relationships? And when being away from it all gives them time to think, what impact will that have on the decisions they make about their futures?

Mia Harrington sighed contentedly and tipped her head back to allow the sun’s rays to bathe her face. Her blonde hair swished gently behind her in the sea breeze. She couldn’t remember the last time she’d been so thoroughly relaxed. Sitting on the wooden deck of her bungalow with her bare feet dangling over the clear blue waters of the Indian Ocean was exactly what the doctor ordered.

She snorted. Her surgeon boyfriend, Alex Cartwright, hadn’t even organised this trip, though she was sure he’d had some input. No, this supremely unconventional yet utterly perfect honeymoon was all the doing of her brand-new husband, Elias. It wasn’t the location that was unconventional—honeymooners probably flocked to these secluded islands in their droves to celebrate their nuptials. No, it was the fact Mia and her husband had three tagalongs—Alex, Thomas Walker, and Arjun Chaudary—each of whom she was in a romantic relationship with. And everyone involved was perfectly okay with it.

Elias had even had the foresight to book five separate over-water bungalows—money was no object for her investment banker husband, after all—giving each of them the opportunity for their own space. Yes, the picturesque thatched huts were all in a row with a wooden walkway connecting them, but if any of the group wanted some alone time, they could easily get it. Essential, really, when five adults were living in each other’s pockets for three weeks on a tiny island, no matter how stunningly beautiful it was.

They’d been on honeymoon for three days, and so far, it was working out well. Being together—or at least within shouting distance of one another—twenty-four seven was a little weird, and not even close to how things would be when they got back to England, but Mia figured it would be a good test of the strength of their relationships. If there were any cracks, they would definitely be showing by the end of the trip. But if they all got along, then it was a good sign for their quirky future as a fivesome.

Quirky hardly covered it, if Mia was honest with herself. Her life had been nuts since the death of her father almost eight months previously. As an only child, and with her mother already dead, Mia stood to inherit her father’s estate—which included her beloved childhood home, a considerable fortune, the land and wider estate on which the house stood, and more besides.

But, to her shock and dismay, her father had put a caveat in his will, requiring Mia to marry what he deemed to be a suitable husband in order to inherit. A husband who would be willing to not only take her last name, ensuring any offspring they had would continue the Harrington line, but to sign a prenuptial agreement stating that he wouldn’t get a penny if they divorced.

Mia didn’t care about the money, but she did care deeply about her home, and the estate, which provided jobs for so many in the area—herself included. Added to that, if she didn’t marry, her worthless, money-grabbing cousin, Quinn, would get his hands on everything. Knowing perfectly well he wouldn’t give the house, the tenants, or the employees a second thought, Mia had resolved to find herself a husband—no matter how unimpressed she was about the idea. It was the only way to keep her home, protect the livelihoods of the estate workers, and prevent Quinn from squandering it all away.

It had all happened a great deal faster than she’d been expecting, however, and with a bunch more variables thrown in. Which was how she’d ended up on honeymoon with her new husband and three other men—all of whom she adored, and who adored her right back.

It was truly idyllic. Not just the location, but the situation. The company. She was with her four gorgeous guys on a private island with no prying eyes, no one to see or care what they were up to. The members of staff who kept things clean and tidy for them and provided their food packages were incredibly efficient and discreet, so she wasn’t worried about them gossiping. It was more than their jobs were worth, after all, and in this part of the world she imagined jobs were few and far between. Although part of her felt guilty they were having such a lazy, luxurious time while the locals worked so hard and probably earned very little for their efforts, another part of her was glad they were injecting money into the area. It likely relied on tourism to keep things going.

Mia and her men had surrendered their phones and tablets on arrival, and the resultant lack of contact with the outside world meant none of their jobs or other responsibilities would encroach on their time in this island paradise—though they could be contacted in an absolute emergency. Even better, there were no interruptions, diary clashes, or physical distances between them. They could be themselves, spend quality time together, relax, have fun, and do whatever they wanted, whenever they wanted to.

Up until now, they hadn’t done very much at all since they were getting over the long journey and the time zone change. Alex seemed to have recovered quickest—probably since he was used to working different shifts and insane hours at the hospital back home. He’d grown used to snatching hours or even minutes of sleep as and when he could. For Mia, Thomas, Elias, and Arjun, who all worked more regular hours, it had taken longer, but everyone finally seemed to be back on an even keel.

The deck creaked: someone was coming. Mia didn’t turn; the staff had disappeared after clearing away their breakfast things, so it could only be one of her men, and she honestly didn’t mind which. Half the fun of having them all in the same place at the same time was not knowing what was going to happen next, or with whom. Her new life was unpredictable, but in a safe way, a status quo which suited Mia’s personality perfectly—she liked adventure and excitement, but not too much. If controlled chaos was a thing, that was what she was aiming for.

A moment later she sensed a person right behind her, felt their body heat, and then gentle hands covered her eyes. A whiff of cologne reached her nostrils, telling her exactly who it was, but she kept quiet—she didn’t want to ruin the game. 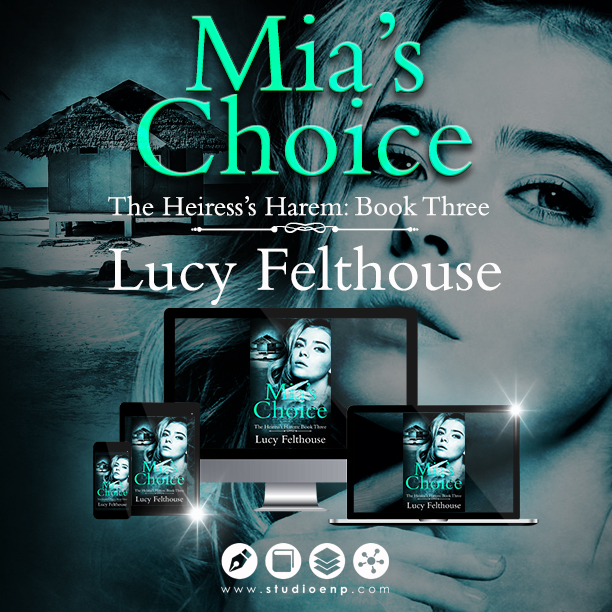 Reading to Each Other → ← In the Realm of Gods, Monsters and Billionaires
© 2018 K D Grace