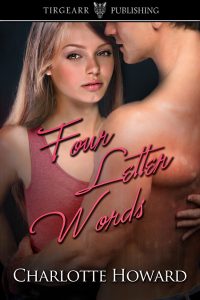 Paige Holmes has made her choice. But as she begins to get her life back on track, she also starts to question her decision.

Then, the letters arrive. When Paige finds herself in trouble once again, she must decide who she can trust.

Will she go back to the one she denied, or will she stand by her choice?

Love and lust are, after all, both Four Letter Words.

Excerpt from Chapter One:

Laying my head back against the black leather seats of the Jag and gazing ahead, I lifted a finger and touched my lips that were swollen from his kiss. The weariness of the past few weeks was beginning to take over, weighing on my eyelids as they began to droop. I should have been reassured by the man sitting next to me.

I shifted in my seat so I could watch him as he drove on. He was a force that even nature had no hold over. There was an urge to reach out and cling to his broad bicep, a need to feel the security of his physical strength, aching somewhere deep inside of me.

We didn’t speak as he pressed all his weight onto the accelerator, urging the car until it was over the speed limit. I half expected the shine of blue lights to fill the inside of the car, with sirens blaring around us. But they didn’t. Of course they didn’t. Even if a marked car was to pass, I doubted Vance Ellery would slow down, and I had even less that the police would attempt to pull him over. I suspected that the personal phone number of every single high-ranking officer in the country, was tucked away in a neat Rolodex on Vance’s desk or even stored in the memory bank of his mobile phone for easy access.

The silence should have been soothing. I should have been able to let my lashes flutter against my cheeks, and slip into a relaxing slumber. Instead the lack of conversation added to the tension that built behind my eyes. I closed them, hoping that soon I would drift off into a deep sleep, where I would be surrounded by falling flowers, rainbows, and sunlight. Ha! If only I was deserving of such luck. There were no pleasant dreams awaiting me after the sandman visited. Only nightmares wanted to be part of my night. They tormented me, bringing memories that I’d tried to bury and forget. They hounded the darkness, giving me nothing but misery and pain and suffering. It was as though all my sins from a previous life had been rolled over into this one.

If the visions of his face, the sound of his voice had been the only elements of my slumber, then I might have been willing to slip away and let the desperation of rest take me to the shadowed places I dreaded. My soul was destined for torture though. I was to be punished for his crime.

The mere suggestion of sleep forced my blood to pulsate until it was the only thing I could hear, throbbing in my temples. The searing pain of anxiety and panic stabbed at my chest, pins pricking my skin, as I let my eyelids fall. A shudder fell down my spine, waking me from the light doze I’d stumbled into.

Breathe in, breathe out. In with the good, out with the bad. In through the nose, out through the mouth. Breathe in, breathe out. A mantra, taught to me by a yoga instructor years before hell had entered my life, repeated over and over in my mind. I inhaled the cool air through my nasal passages, allowing it to slip down into my pain-filled lungs, exhaling all the bad out of my mouth in a gigantic whoosh.

Ahead, the roads were empty, weaving out of the village and headed towards Richart Courts, the hotel that was to be my sanctuary for the next couple of days before I had to face the next challenge. New York City.

How anyone could expect me to go back there was beyond belief. The only logical explanation for their plans for my future was that facing New York was the lesser of the two evils that haunted me, threatening to rip away the seams that had begun to fray around my already tattered edges.

Four Letter Words is the second, and final, part to Paige’s story. To celebrate its re-release, the first part of the Words Duet has been reduced to 99p / 99c! 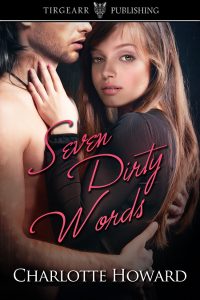 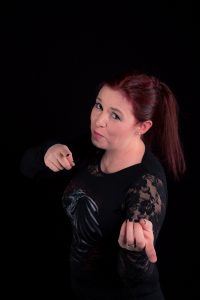 British author, Charlotte Howard, was born in Oman and spent much of the first part of her life flitting between Oman, Scotland, and England. Now settled in Somerset, Charlotte lives with her husband, two children, and growing menagerie of pets.

Charlotte is an active member of Yeovil Creative Writers Group.