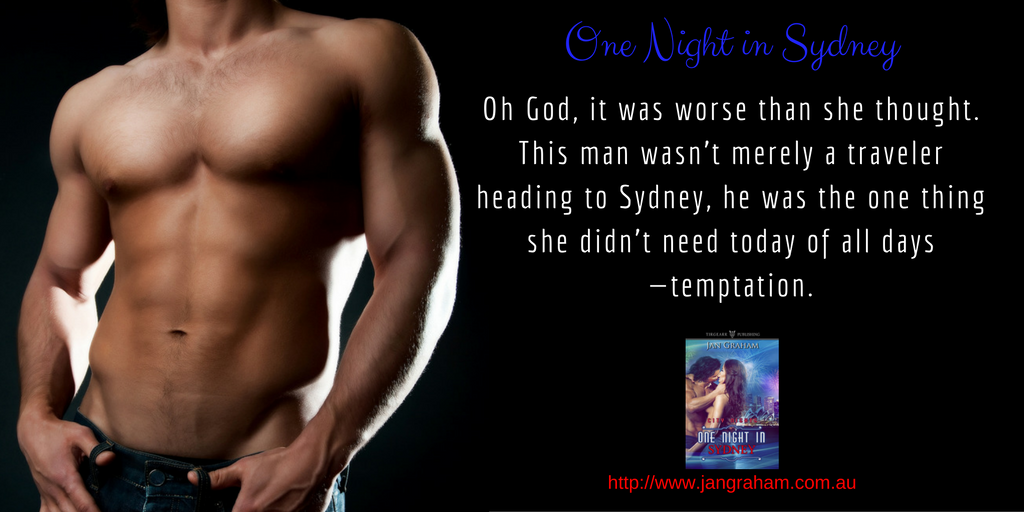 Will passion win out over wise business sense in one of the most beautiful harbor side cities of the world?

They say you often meet the person of your dreams in the most unlikely places and when you least expect it. Abby Devon and Kane Matheson are about to put that theory to the test.

Kane can’t believe his luck when his flight to Sydney places Abby along his path to a fun filled weekend. She’s his kind of woman—business minded, clever, and with curves in all the right places. When he discovers they have more in common than savvy business expertise and undeniable sexual heat, he’s faced with a daunting choice, and left wondering if pleasure can win out over wise business sense in one of the most beautiful harbor side cities of the world. 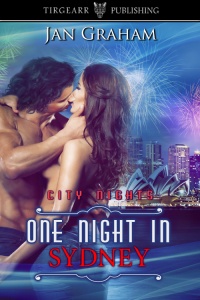 Have you ever met someone that’s been too tempting to resist? How did it work out? Was it a one-night fling or the start of something great? Buy One Night in Sydney to find out where Abby and Kane’s temptation leads them.

Don’t forget to add One Night in Sydney to your Goodreads bookshelf.

You know, if you like, we could hang out together in the city for a bit, maybe when you’ve finished your busy day.” Kane didn’t look at her this time; speaking from his reclined position, head tilted back against the rest with his eyes closed. “I only have to try on a suit and then I’m done for the day. You could meet me there, let me know if you think I look okay, you know, thumbs up or down, and then we could grab a bite… or something. Whatever takes your fancy, beautiful.”

He raised his lids and angled himself slightly to look at her for the final part of his statement, the wicked expression and cheeky glint in his eyes giving Abby the distinct impression he hoped that he’d be the something that took her fancy. He did. But it couldn’t happen.

Abby didn’t believe in love at first sight, but she did believe in lust at first sight and Kane ticked all her boxes. Feeling breathless, hardened nipples, feeling flushed when they touched, and that increasing ache between her legs. Luckily the flight was a short one, so she’d be able to escape him soon enough. In her party days they probably would have been in the bathroom, reaffirming her membership in the mile-high club, but those days were behind her. She doubted she’d renew that membership again any time soon.

“I really don’t think that’s possible. But thanks for the offer.” She wondered if he knew she was lying. Of course it was possible, all she had to do was say yes. She merely chose not to.

“That’s a shame. I have this feeling we’d get along really well.” He tore the edge off the bottom of a page in his magazine, grabbed a pen from his shirt pocket, scribbled a number on it and handed it to her. “In case you change your mind.”

Abby laughed and stared at the mobile number in her hand. He certainly was persistent.

“I assume you’ve run out of business cards?” She continued to chuckle as the plane began its descent. “You did say you understood business, right?”

“I did. I also said I was on a pleasure trip. I’ve left all business accessories at the office. This weekend, I’m just a regular guy who uses any piece of paper on hand to give the woman he likes his number.”

Oh Lord, thank heavens the plane had just touched down. She folded the paper, slipped her fingers into the front of her shirt and tucked the number into her bra. It was a mistake to put it there, and Abby knew it the moment her gaze met Kane’s, who was now standing waiting for her to step out into the aisle.

“What?” she asked innocently as Kane stared down at her cleavage with a devilish grin on his face. “It’s just a silly habit I picked up in my partying days. I’d pop anything important in my bra and that way I wouldn’t lose it.”

Grabbing her handbag from the floor, she stood and moved to walk out into the aisle but Kane blocked her way. His body forming a human wall as he retrieved her bag from the overhead cabin. Luggage sorted, Kane didn’t move, fixing her in place with his heated gaze.

“I’m glad you think I’m important.” His devilish grin didn’t waver and he spoke in a tone laced with lust. “I’m also delighted to know that when you take off your clothes tonight and get naked, you’ll be thinking about me.”

She was about to burst into flames. Abby raised her hand, placing it on his chest with the intention of pushing him back, only to find her fingers lingered on the defined muscle beneath her touch.

Kane placed his hand over hers, gently gripped her fingers and raised them to his mouth. He kissed her knuckles tenderly and smiled. “We will. Now off to your very busy business day, Abigail Devon.” Stepping back, Kane handed over her bag before ushering her into the aisle. “I look forward to receiving your call later today.”

Unsure how she made it to the plane’s exit on trembling legs, Abby breathed a sigh of relief once she made it into the terminal. Allowing the disembarking crowd to carry her forward, she picked up her pace. The more distance she put between Kane Matheson and herself, the better. Today was all about saving her company, not indulging in a quickie with a man she met on a plane. 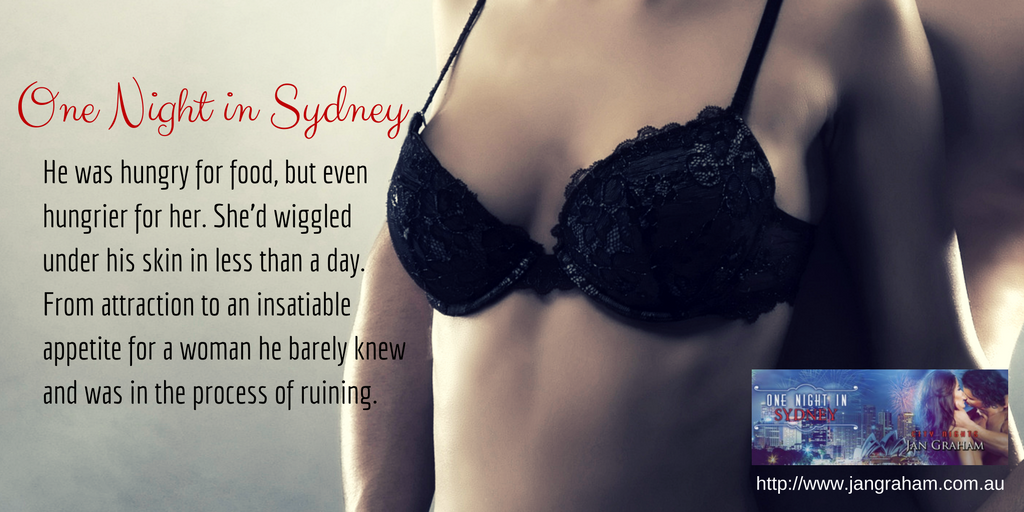 In short, she is generally a bit of an eccentric who lives her life slightly left of center. You can find out more about Jan and her work by stalking her on the various social media sites where she occasionally hangs out. Alternately you can sign up for her newsletter – Newsletter Sign-up