Kristal Baird Asks the Burning Question: What’s in a Name?

What’s in a name?

But exactly how much thought do writers give to the naming of characters?

Random selections? Personal encounters? Or are they chosen for being rich and meaningful?

Charles Dickens & Henry James, by all accounts, couldn’t even begin to write without establishing a character through naming. They claim their true character only came into focus when gifted the correct name. Both compiled lists of possibilities against future use, gathered from diverse sources such as commercial vehicles, newspapers – and, no doubt, the odd gravestone! 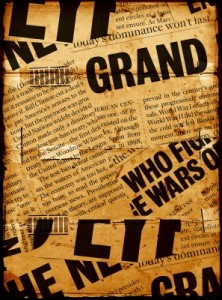 These two writers were not alone in their quest.

Edmund Spenser The Faerie Queene created the joyless ‘Sansjoy’; Milton  Paradise Lost ensured ‘Lucifer’ became ‘Satan’ only after his fall from grace and James Joyce Finnegan’s Wake and his satirical efforts would be a whole other post.

Film characters’ names are fascinating too. Picture these apt variations:

A well-chosen name can open the door to a deeper understanding of character and intention; a fact a writer might ignore at their peril. However, it doesn’t do some any harm:   “God, I’m such a lazy writer. I can’t even think up new names.”  Dennis Potter

What do you think?

Just for Fun: Did you know…?

Hayley doesn’t trust men. She thinks most of them are only good for one thing. And she gets plenty of that honey-trapping cheating husbands or satisfying her own needs with local gym owner, Reuben.

And woe-betide him if he even tries to get emotionally close to her. Because tough girl Hayley is running. From her past. From herself.

Will Reuben ever understand this girl? Will Hayley ever accept exactly who she is and what she needs from a man? Will she learn to trust again? 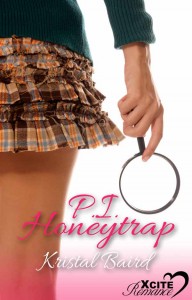 [Hayley interviews a potential client who thinks her husband is cheating on her, but she’s daydreaming about last night…]

‘Go on.’ Hayley settled back in her chair. She could listen and drift away at the same time.

She drifted straight back to the gym where she’d retreated late last night, to pound a little tension out of her body. Her private arrangement with the owner allowed her to use the place long after his other customers had gone home …

Hayley knew that Reuben had been standing behind her in the doorway between his office and the main gym hall watching her for some time. She was observant about things like that. And about his choice of words. Perhaps it was time to cancel the arrangement?

‘Still running, Reuben. Are you wanting to lock up or something?’ She kept pounding the treadmill. The angle was at full elevation and it was hard work to keep going at that speed. She didn’t want to break her stride.

She knew that tone. He moved closer but the stare was the same. It meant only one thing, and Hayley didn’t mind how she pounded the tension out of her tonight. Particularly with Reuben.

‘I’m kind of busy right now.’ Hayley liked to tease him; to keep things light between them.

He walked over to her machine. ‘Then let me help you with your workload.’ Reuben punched the controls and the incline began to slowly reduce.

Hayley adjusted her body’s forward drive and stared at him as he started to ease the pace she was running too. She’d been on the machine for nearly an hour. That was the reason she suddenly noticed her pulse rate was so high, her heart pounding. The only reason. Sweat dripped off her skin, which glowed with heat. Even between her thighs.

‘I’m a bit of a mess,’ she claimed. She was jogging steadily now, coming down gradually from her peak.

‘I like my women hot, sweaty, and out of breath.’ The tight lift at one side of his mouth told Hayley he liked his own jokes and he was hot too. For her.

She checked out the bulge in his sweats and cocked an eyebrow. Ready to rumble. ‘You’re a lucky guy, then. You’ve got a machine that does most of the work for you, getting them in that condition.’

‘Look around you. I’ve got quite a few.’ Reuben’s eyes were fixed solidly on hers. ‘Machines. Not women.’

Hayley didn’t need to look around to know what was there. Since she’d opened her private investigation office two doors down from Reuben’s Gym, she’d worked out on most of the equipment – with and without Reuben. With was a different kind of workout. And, whatever he said, there were women too. She’d seen their eyes follow Reuben about. But she wasn’t intending to make that her business. This was strictly casual.

‘Machinery? Kind of makes your job a bit too easy. What’s left for you to do?’ Hayley was off the machine and twisting the top off the bottle of water that Reuben had handed her. She tipped her head back and downed the lot in one go, needing the rehydration if she was to keep working out. Making out. And she’d already made up her mind that, tonight, she would be.

Hayley wondered if she liked coming here more for the machine workout or for the other kind of exercise she got at Reuben’s place, and if Reuben wondered too.

He stepped in closer. His body was all muscle. He didn’t just own a gym, he used it on a regular basis. In her line of work, Hayley really appreciated a fit guy. She honeytrapped plenty for her clients, and most were creeps. But Reuben wasn’t work. He was all playtime.

‘I step in for the rub-down.’ He took the empty bottle from her and flipped it across to the bin.

Reuben’s grin told her he wanted to show her another kind of slam dunk. ‘My talents are many.’

They sure were. God, he looked sexy when he smiled. Hot body with all the defined tendons and sinews of an athlete. Great features. The complete package. It was Hayley’s turn for her mouth to twist up into a smile of appreciation. Looking sexy in a white vest and sweatpants was only the start of Reuben’s endowments.

He placed his hands on her forearms and ran them up to her shoulders. She was hot before, but now she began the slow rise to combustion as his firm fingers kneaded the tight muscles at her shoulders and ran up the length of her neck into her hairline.

Hayley reached back and pulled out the elastic that was holding her dark hair back into a tight ponytail. Reuben pushed his fingers through its length, curving around the shape of her skull beneath. She moaned softly.

She nodded, eyes half closed.

‘I can do better,’ he promised. He gathered the fabric at the hem of her T-shirt, having given her the expression that she recognised as asking her consent, and peeled it off her damp body. She let him.

The air-conditioning hit her hot, sticky skin and sent shivers dancing across it. Reuben grasped her wrist and towed her behind him towards the massage room. There was an urgency about his movements that told her he’d waited long enough; that he wanted to get her to a place where she would let him fuck her as soon as possible. The guy was hurting.

That’s why she came back to Reuben’s. He worked hard to turn things his way, but it was always her choice in the end. With the hard, muscular size of him, no matter how fit she was he could have her pinned beneath him in seconds flat. But she always knew a simple no would end matters there and then. The guy had self-control.

Unlike some of the jerks she worked with. She’d been involved in some pretty nasty encounters to get the evidence her clients needed. To prove their husbands and boyfriends were cheating, lying scum who would chase any pretty woman who looked their way, irrespective of the fact they were supposedly committed.

She could feel her tension mounting again. Reuben could probably feel it too. He threw a warm, fluffy towel on the massage bench and pressed Hayley face down towards it. She twisted her hair again into a loose knot and fixed it on top of her head.

‘I’m going to unhook your sports bra, Hayley. Is that OK?’

‘Mmm.’ It was only the beginning. The tingle in her nipples told her that tonight she was going all the way. But it wouldn’t hurt to let him wonder.

Reuben unclipped the garment with a practised hand that made Hayley smile. They had an understanding. No ties. Just a little R and R whenever they wanted it; needed it. She liked it that way.

She liked what Reuben was doing to her now too. Her nose told her he had poured warm coconut oil into the palms of his hands, which he slicked across the entire surface of her back. He started palm-circling in small movements, slowly up to her neck on one side of her spine and down to the top of her sweatpants. She could feel the tightness in her muscles soften as he worked.

Time disappeared. Perhaps she drifted off to sleep beneath Reuben’s expert hands as he went through his magic routine; lifting, knuckling, twisting. It was those sexy little thumb strokes that eventually brought her back to consciousness.

Or his gravelly voice.

‘I want to give you a full-body massage, Hayley.’ The gruff tone told her the massage was doing as much for him as it was for her. God, she liked this guy.

He was asking her permission again, to take it up a notch. No point pretending. ‘I want that too.’

They both knew he had been given approval for more than just a rubdown.

Reuben’s fingertips hooked in her waistband and he tugged her sweatpants down over her hips. She heard him moan softly as she raised her hips off the bench to accommodate him. She smiled at the silence as he discovered she wasn’t wearing panties. What was the point under sweatpants? At the gym. With Reuben.

A little more oil swirled between his hands and Reuben’s strong fingers flowed from the arch of her spine, over the rise of her lower back to the firm mounds of her buttocks and down her thighs, not stopping until they reached her lower calves. Without ceasing, they returned on their journey to her bottom again.

Her legs felt long, strong, and lean under his actions. Reuben always made her feel good about herself. So good. She parted her legs minutely.

His fingers hooked softly beneath her hip bone and he alternately pulled and pushed the heel of his hand across the muscle of her buttock, working the tight flesh loose and warm. He walked around to the other side, drawing his hand across her body, keeping contact as he went, and repeated the firm movements on the other side.

Despite the relaxing slide of his hand across her oily flesh, Hayley sensed a moment when the contact between them changed. She grew taut and tense. She felt Reuben harden too, somehow. This was it. His hand lay over the cleft of her bottom. His oily fingers dipping lower and lower between her legs. She relaxed them further apart to ease his way.

Thank you for reading. I really hope you enjoyed it. It’s a full-length novel, so there’s plenty more PI HONEYTRAP …

2 Responses to “Kristal Baird Asks the Burning Question: What’s in a Name?”