Aegis – the shield of Zeus, and by extension, a means of protection. The men and women who are members of Club Aegis have all played their part in protecting their country. They work hard…and they play hard. Their lives are not always easy – and sometimes they have to put their lives on the line, not just for their country but for those they love. 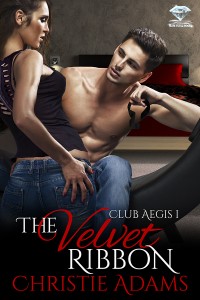 Alex Lombard is a Dom with a dark past. The former SAS officer, now a successful businessman, carries the scars of his past both on his body and in PTSD-induced nightmares resulting from more than just his service to his country. The light in his life takes the form of his assistant, Beth Harrison, the woman whom he has secretly coveted since she came to work for him.

Then Alex makes a chance discovery, and when Beth becomes the victim of a street crime, the two of them come together to find what is missing from both their lives. However, their path to happiness is beset not just by the teething troubles of a new relationship—a ghost from Alex’s past has returned, bent on revenge, and Alex is not the only one in his sights…

NOTE: This work was previously published. It has been retitled, expanded and re-edited for this release. 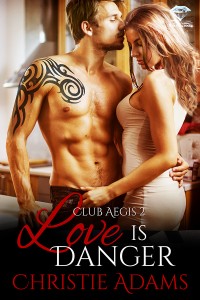 Having only just dumped her lecherous two-timing boyfriend, Stacie Matheson never expected, when her car broke down in a storm, to be rescued by a tall, blond-haired, blue-eyed knight in a shining Jaguar. Cam is everything her ex was not—and more besides.

Now that his old friend Alex has settled into married life with his submissive, Beth, Cameron Fraser is ready to surrender his single status. What he isn’t ready for is being blindsided by a beautiful curvy damsel-in-distress.

Fate has brought them together – the Dom who needs a submissive, and the woman who takes her first steps into the world of submission at his side. However, there’s more to Cam’s life than the sensual games he plays with Stacie. When that life intrudes on their relationship, neither is prepared for the devastating consequences. 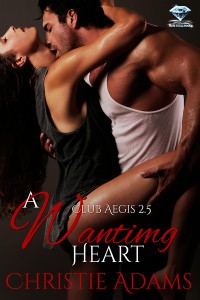 What happens when a former Royal Navy officer is given a second chance with the woman he loves?

Ryan Quinn is still in love with the woman he lost three years ago. For him, there can be no other. When he sees Fiona again at her sister’s wedding, he has no choice but to risk his heart for a second time, by reminding her of what they once shared.

How wrong can a woman be?

Tragic and complicated family circumstances had left Fiona Pearce with no option but to turn her back on the man she loved and drive him out of her life. When his path crosses hers again, she feels compelled to apologise, even though she fears she may be opening old wounds that are best left undisturbed.

Events take an unexpected turn, giving Ryan the opportunity to suggest that they go away together for a few days. To his surprise, Fiona agrees. In the remote cottage their love is rekindled, but it takes a blizzard to erase the past and allow them to start finding out who they really are – together.

NOTE: This is a previously published work. The title, author, and/or publisher may have changed.

When she isn’t actually writing, Christie is often thinking about writing – either the book she’s currently working on, or one of the dozen other stories she’ll have percolating away at the back of her mind.

In addition to writing, she also loves lazing around with a good book, or browsing the internet in search of cute pictures of dogs and puppies, a pastime that often helps with writer’s block – or so she claims. She likes James Bond movies, and cries at the end of “You’ve Got Mail” every time.

Good chocolate is also one of her passions in life, often accompanied by a glass of her favourite tipple, English sparkling wine. And if she can be persuaded to abandon her writing for a while, she finds that chocolate, wine and a good movie on TV is an excellent way to pass a dark winter’s evening.

The sound of heels on hardwood provided the metronomic fanfare that alerted Alex to the imminent arrival of Beth Harrison—his executive assistant, right-hand woman and, of late, source of growing frustration. He looked up from the correspondence in his hand, eyes narrowing at her approaching reflection in the tinted window that gave him a panoramic view over London.

Those damn fuck-me shoes! A muscle tensed in his tightly clenched jaw. While her working wardrobe went from black to white, with every shade of grey between, her footwear was downright rebellious—immaculate heels, never less than four inches in height, in a myriad selection of styles and eye-catching colours.

Which ones today? It was a question that crossed Alex’s mind every morning. He’d never considered himself to have any kind of shoe fetish until Beth came to work for him. Every morning it was the same, and the litany of colours was ever-expanding. As for today—would it be the peacock blue? Or the metallic purple, perhaps? He was rather fond of the latter.

No, today it was a new pair…new to the office, at any rate. The vivid red patent leather heels, with an ankle strap adorned with an eye-catching bow, were incredibly flattering to her slender feet and shapely ankles…and those gorgeous legs clad in sheer black nylon with seams straighter than an arrow. Oh, the fantasies he’d had about having those legs wrapped around his hips while he sank his cock into her lush body, felt her contract hard around him, heard her panting cries as he spilled inside her at the moment of her climax…

His eyes continued upward, taking in the flannel-grey pencil skirt—the fabric clinging to her curves, so fitted that it gave her hips an ultra-feminine sway as she walked. He experienced a sharp, momentary twinge of disappointment; for the lines to be that smooth, there was no way she was wearing stockings. He tried to curb his disappointment that beneath the skirt, there would be no tantalising exposure of creamy skin at the top of her thighs.

She wore the crisp, brilliant white cotton blouse with the top buttons undone, hinting at a delicious cleavage, the long sleeves fastened at her delicate wrists with mock cufflinks. French-manicured nails tipped elegant fingers that clasped a notebook and pen.

And then there was her face: heart-shaped, lightly made-up, alluring green eyes behind unremarkable spectacles, all crowned by upswept, luxuriant, brown hair threaded with gold, and not one strand out of place. In the three years that she’d been his assistant, he’d never seen her anything less than cool, calm and utterly professional.

What he’d give to see her come apart under the force of the orgasms he could give her.

Happy Release Day! Shopping for a CEO (Shopping for a Billionaire series Book 7) by Julia Kent now available → ← My Life is in My Dropbox!
© 2022 K D Grace
Site created and maintained by Writer Marketing Services