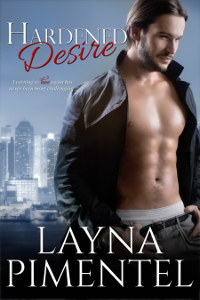 What could Luc Mercier, a gargoyle who’s more than a century old, possibly have in common with modern introvert, Gillian Harris? Loneliness and isolation.

When meddlesome friends bring the two together, neither is prepared for the flurry of emotions nor revelations that overwhelm them. That is, until Gillian stumbles across the truth and struggles with how she let her guard down.

Learning to love again has never been harder.

Luc picked up a newspaper from the stand and tossed a two-dollar coin to the elderly man working the counter. He ascended the cavernous stairs of Bloor and Dufferin subway station, irritated by the lights flickering intensely. I should have just taken my car.

But if he did, Luc would have missed an opportunity to observe society other than from the café he frequented lately. A society he didn’t belong in, technically speaking, and had no business being a part of. Long gone were the muddy, off-beaten roads of provincial France. Long gone was the time when an over-flowing bodice was considered scandalous.

Now people thrived on exposing as much skin as possible. The modern day sentiment of what was attractive and acceptable embarrassed him to the core, from the mode of dress to the inappropriate use of language. Didn’t anyone know how to speak without using an expletive every other word? Where had humanity gone wrong? It was ghastly enough that children didn’t respect their elders, much less their parents.

Nevertheless, as much as this modern world perplexed him, nothing could deter him from at least enjoying his freedom, regardless of the limitations restricting his activities to the darkness of the night.

He did, however, miss the ambiance of candle light and the soft cries while seducing a woman, tormenting her with his wicked tongue. Exploring deviant, but heavenly, practices of binding and mixing pleasure with pain. Sweet promises falling from his lips while exploring every inch of her delicate and exquisite flesh.

These days, the few women he was able to enjoy weren’t interested in highly sensual liaisons. No. Today’s women thrived on being in control of seduction, whether they were proficient or not. There certainly wasn’t anything wrong with the scenario, but it wasn’t his taste. He preferred his women soft, like Genevieve…his sweet, sweet Genevieve. 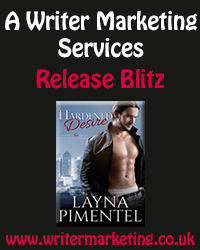 No matter how many decades passed, the only woman he’d ever confided in, and planned to wed, crept into his mind many a time. Genevieve was an old soul, who found him and fell in love. Then, much like a Greek tragedy, their story ended woefully. The trust and courage it had taken to confess to Genevieve of the monstrosity he had become left him restless and, for once in his miserable existence, vulnerable. If not for her kindness, encouragement, and love, who knew what he would be doing and where.

This last week, though, he thought to explore the possibility of trying again. A particular woman, who frequented the café where he spent his early evenings drinking a brandy and reading The Daily Sun, had caught his particular interest. Her laughter aroused his curiosity in the few and far between moments when he contemplated actually living life. Her voice, whether chuckling or whispering to her friend, always made his body react in an animalistic way.

While they had never met, she seemed like someone he’d be interested in getting to know, at the very least, for a little while. Luc doubted very much he’d find another woman like the love of his life and often thought it would be better that way. How could he even begin to explain why he only ever spent time with her at night, and why he’d always be gone before the first sign of daybreak?

Born and raised in Toronto, Ontario, Layna discovered her love of reading at an early age. When she isn’t devouring salacious romance novels or writing, she enjoys losing herself in researching ancient history and mythology, weaponry, and hiking. She lives in Northern Ontario, with her husband and two daughters.

Layna is a member of the Romance Writers of America, and is a monthly contributor at 69 Shades of Smut. For updates on her upcoming releases, or to leave her a comment, you can find at: