Thanks for hosting! As you’ll see when you read Seven Dirty Words, my books always include the same main ingredients: a strong-minded woman, an Alpha male, food, and endless cups of tea. Why? Because these four things are important in my life and make me who I am. Let me elaborate…

I grew up with two sisters (I actually have six, but that’s a blog post in itself), my Mum, and my Dad who worked abroad, so was only around for a few weeks of the year. My parents had a turbulent marriage, which sadly ended in divorce when I was 18. With so many women, such little male influence in my life, I guess it was only natural that I should grow up to be an independent woman who knows what she wants, and knows how to get it. Saying I’m strong-minded would be the polite way of saying stubborn and pig-headed – ask my husband! And even though it has led to conflict, I believe that being a woman who is able to fend for herself and knows her own mind, has been a positive aspect of my life, which is why I’m bringing my daughter up to be the same. She has her tantrums, but she is a confident little missy who won’t be walked over when she’s older.

So that’s people, but what about food and tea? Haha! Well that’s my life all over – I eat and I drink tea. In fact the other week I got told that I eat so much, I could never be classed as a cheap date. Steak or salad? Just hand me the entire cow please! I love a takeaway, which is touched upon with a Chinese in Seven Dirty Words, and a curry in The Final Straight. But you have to be healthy as well, which is why my characters are active and either have a gym membership or a hobby that requires them to keep fit. The tea thing, well… anyone who knows me can tell you how much tea I drink. I even have a thermos with a lid so that I can drink tea whilst I’m working without worrying about spilling it over a computer or scalding a colleague.

All of these things are who I am. I am a strong-minded woman married to an Alpha male, I love my food, and woe-betide anyone who takes my tea away! I guess you could say it’s my brand, and it features heavily in all of my books, especially Seven Dirty Words, and will be present in any future novels too.

“I’ve never seen a girl eat like you.” He laughed.

“I’m starving,” I said, in between mouthfuls of prawns and peas, trying to ignore the dimming room. A crash overhead started the storm’s symphony. Fat raindrops splattered against the window as the room lit with a sudden flash. Seconds later, another rumble filled the air. I shuddered.

“I don’t like thunder storms,” I admitted, finishing the last of my noodles. The truth was I was afraid of any loud noise.

“I forgot to bring a coat,” I grumbled, rubbing my arms as though it had suddenly got cold.

Matt stood and peered out the window. “It’ll be a while before this is over.” He picked up the plates and took them into the kitchen. I followed him, not wanting to be alone.

As I walked in, I suddenly remembered the large windows, and saw the dreary sky blanketing the village. My eyes widened in fear as another flash filled the sky.

Matt smiled at me.

“You are.” He laughed, nearing me. “I didn’t think you were afraid of anything.”

“Appearances can be deceptive.”

“They most certainly can!” He took my hand and led me back into the living room. “Well, it looks like we’ll be here a bit longer than intended.” We sat back down on the sofa.

“And no TV to kill the time,” I said, staring at the empty fireplace. “Look, if you want to get rid of me, I can make a mad dash to the car door. It’s only rain.”

“I don’t want to get rid of you, Paige.” As he said my name, the hairs on my neck and arms stood on end. “But I’m not willing to share you either.” 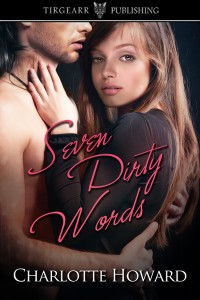 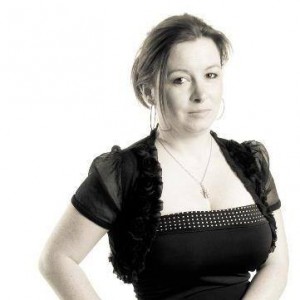 My career as a writer started when I was young, writing poetry and flash fiction for my friends and family. After a few minor successes of having pieces published in anthologies, and later on-line, I decided to have a go at writing a full-length novel. My first attempt was a bit of a disaster, but after years of practice, I finally got that coveted First Contract. Since then, I’ve written several more novels and short stories, and I don’t intend to retire for at least another 50 years.

Charlotte lives in Somerset with her husband, two children, and growing menagerie of pets and can always be found with a cup of tea in her hand. When she’s not writing or running around after small people and animals, she loves to eat curry and watch action films.

Charlotte is an active (and vocal) member of the Yeovil Creative Writers.

Make sure to follow the whole tour—the more posts you visit throughout, the more chances you’ll get to enter the giveaway. The tour dates are here: http://www.writermarketing.co.uk/prpromotion/blog-tours/currently-on-tour/charlotte-howard-3/