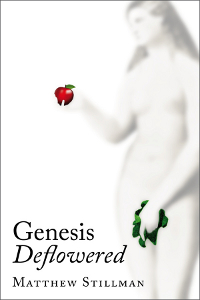 Where many see the Bible as the pathway to Heaven, others say it should be covered in a brown paper bag because it is so, so filthy.

There are hundreds of sex acts implied in the first book of the bible (and sadly none initiated by a woman). How has nobody ever described how each of them would have played out in biblical language?

If the writers and translators of the Bible had been a little less prudish we might have an entirely different relationship between sex and religion than we have now. In Genesis there is sex before marriage, threesomes, incest, group sex, kinky fetish cuckolding, gay sex and more.

Isn’t it time that you read the Bible for the dirty parts?

And as the mountains were covered by the waters, so the wives did cover their husband; and the husbands were covered by their wives. In fear they did retreat to the heat of their thighs, so that they might live upon the ark. Emzara did entreat Noah to haven in her breast; and he did haven there. Sedeqetelebab did pray for strength in the staff of Shem; and she did find her heart there. Naeltamauk did find her might in her mouth; and Ham did worship the LORD there. Adataneses and Japheth did creep in the night; and they did eat of each other’s secrets to rise up against their fears. And in finding the fruit of the garden every day did God bless them those who were to survive the terrible flood. 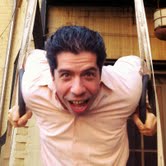 Matthew Stillman is a born and bred New Yorker. With the exception of college he has always lived in Manhattan. After scoring a BA in Comparative Literature from SUNY Geneseo, he got into programming at Food Network and developed shows like Iron Chef, Good Eats and many, many others. He also started improvising with the Upright Citizens Brigade shortly after they first arrived in New York, and he still does.

“The End of Poverty?” was his first film. He conceived of it, wrote the first treatment, co-produced it and spoke at the UN four times about it after it premiered at the Cannes Film Festival and went to 40 festivals around the world.

After a lifetime of a making out with literature, inner spiritual work from different traditions, creativity and play. He has written “Genesis Deflowered”. It is his first full length book. And, of course, he started with a genre that he may well have just made up – Biblical Erotica written in Elizabethan English.

He is married to an exceptional woman from Sheffield in the North of England. He blogs at stillmansays.com where he writes about his ongoing creativity experiment in Union Square. And you can find him on twitter at @stillmansays