Love you a little Adriana Kraft? Well today’s your lucky day with twice as much reading yumminess being launched! AND Adriana will be awarding a $10 Amazon GC, to a randomly drawn winner via rafflecopter during the tour. Please use the RaffleCopter below to enter. Remember you may increase your chances of winning by visiting the other tour stops. You may find those locations here.

Now here’s the latest news from Adriana Kraft, launching A Woman for Zachary –Book Two of Meghan’s Playhouse, AND Hot to the Touch, Book Fifteen of Swinging Games

Take it away, Adriana!

One of my favorite recent memes from FaceBook reads as follows: When I get old, they’re never going to say “what a sweet old lady.” They’re gonna say “what on EARTH is she up to now?!”

Baby boomers ourselves, we often write characters in their 40s, 50s, and even 60s and beyond. If that’s not what trips your trigger, these two books aren’t for you – but, with any luck, all of us will reach these ages eventually, and we hope our readers do so with vim, vigor, and yes, a vibrant and active sex life. We like to think some of our characters can light the way.

Hot to the Touch takes the mid-fifties couple who star in our Swinging Games series to a clothing optional RV resort for some summer fun. In A Woman for Zachary, the early twenties heroine who starred in Seducing Cat hooks up with a mid-forties woman and an early-fifties man to ignite the spark that’s been smoldering between them.

A Woman for Zachary Blurb:

Zachary Cullen has ignored Josette Patrice’s overtures for years, but she agrees to take on his latest protégé-slash-arm-candy Meghan Keenan in her off-Broadway workshop theater. Though the girl has incredible talent, Josie would stake her reputation on that little thing being a switch-hitter, like herself, and she doesn’t want Zach to be duped.

Josie sets out to seduce Meg and expose her for what she is, but all bets are off when Meg turns the tables on Josie to hook her up with Zach. 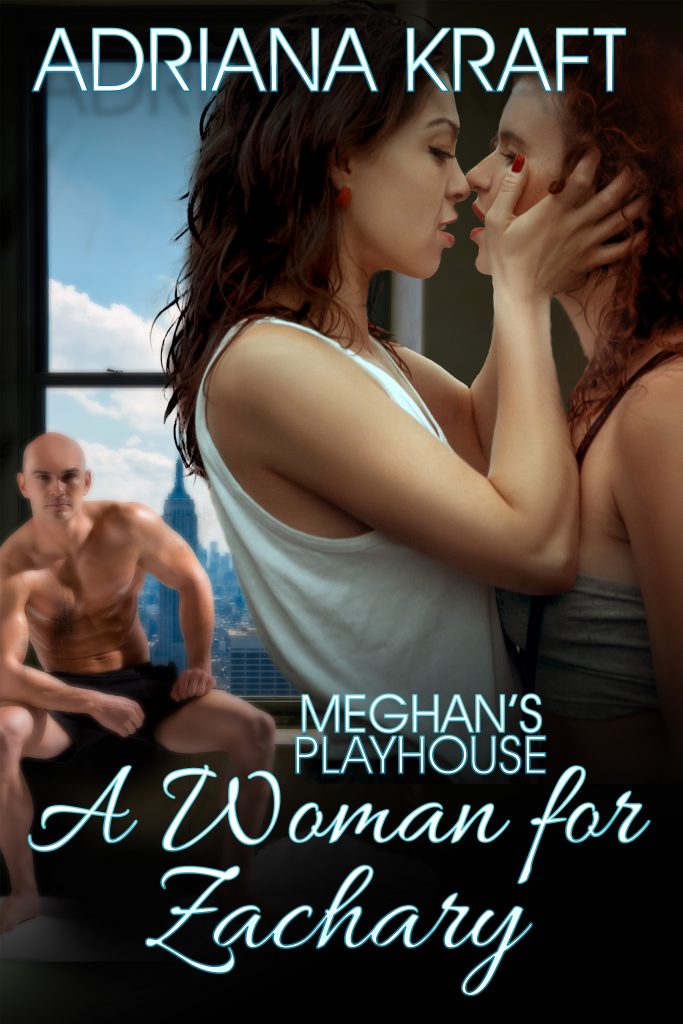 Josie was shaking her head back and forth before Zach finished speaking. “That’s not enough.”

Zach closed the distance between the two of them.

She pressed her back against the wall, and he placed his palms against it, framing her head. She licked her lips.

What was he doing? She’d imagined him being this close countless times, but not in this way. Not in anger. Not struggling with his sense of fairness over sharing another woman. She kept her arms locked at her sides.

“That’s exactly what Meg said. What is enough? Do we draw lots for her?”

“Maybe I can have her even days of the month and you odd days.”

“That might work.” Josie could hardly breathe. Zach’s male scent was overpowering. She’d agree to almost anything, if he just stayed where he was. She should be afraid of him, but she wasn’t. This was a man she’d known for a decade. He might be very angry, even deeply pained, but he wouldn’t hurt her—at least not physically.

“It works for parking cars in the winter. It’s a beginning, I guess.” His eyes darkened with a passion she couldn’t decipher. She watched his eyes shut and re-open.

And then his mouth was crushing against hers. She tried to breathe through her nostrils. His muffled groans filled her mouth. Tentatively, she lifted her hands to his shoulders. It was as if he was in a trance. She sighed and pulled him closer. Maybe she was, too.

Hot to the Touch Blurb:

Can the summer get any hotter? Escaping Southern Indiana summer heat, swingers Brett and Jen check out a Minnesota clothing optional RV resort, where the rules are very different from the swing lifestyle venues they’re used to. When they spot a hot looking couple in the swimming pool, they’re definitely interested, but they know better than to make the first move. Will Paul and Kim turn out to be players, or will Brett and Jen get a cold shoulder? 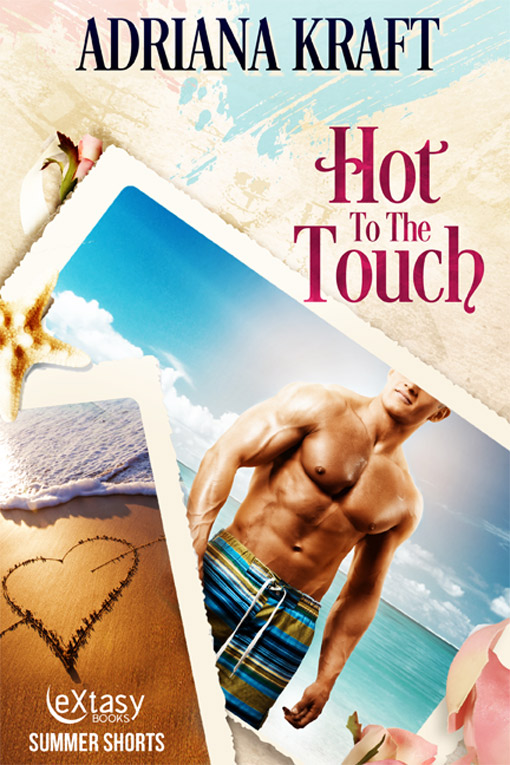 “Hi guys,” Kim said, giving Jen a hug. “We ran into traffic, but we’re here at last. I love your outfit, Jen. That short skirt is just right for your long legs. You guys are fine dancers.”

“And you look fantastic,” Jen managed to say. “That top is so sexy. As you said, just a touch of mystery. And I love those dangling earrings. They sparkle nearly as much as you do. Absolutely stunning.”

“As stunning as you look,” Paul said, gathering Jen into his arms for a long hug. “You both look scrumptious. Good enough to eat. Right, Brett?”

Jen noticed Kim made no move to break away from Brett’s arms. She watched the olive-skinned woman drag her lips across Brett’s wrist before lifting it up and sliding onto the curved bench. Jen slid in from the other side, with the guys sitting on either end. A bare leg brushed against her left leg, a trousered one against her right. If those legs were meant to only tease, she’d be very, very upset before the night was over.

One man, one woman, danger and intrigue – always a happy ending, but oh, what a ride! Readers can count on our Romantic Suspense line for gutsy characters, hot sex, and breathtaking intimacy as our hero and heroine battle outer threats and inner demons to stay alive and fall in love.

Together we have published over thirty-five romance novels and novellas to outstanding reviews. We love hearing from readers at adrianakraft99@yahoo.com, and here is our website:

When It’s Time to Heat Things Up http://adrianakraft.com

Ironing is a Musing → ← Latent Creativity

One Response to “Double Trouble, Double Release From Adriana Kraft”