Adventures in Luton at Sextoys HQ 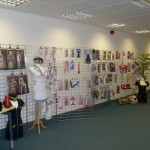 I got off the train in the wasteland that is the Luton Station, and in the heat and dust, hailed the only taxi left in the taxi rank. I gave him the address.

‘What’s the name of the business, luv,’ he asked politely.

Not sure why he needed that information, I said very quietly, ‘Sextoys,’ Yes, that’s right, the pervy chick who’d just gotten into his taxi wanted him to take her off to fondle sex toys and talk about writing erotica, but couldn’t we do this discreetly? 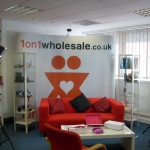 He screwed up his face with that, ‘didn’t quite catch it, luv,’ look and reached out his hand for the print-out with the address on it. Then he smiled knowingly. ‘Ah, 1-on-1. You want 1-on-1.’

I nodded red-faced, as he handed me back the page with the words 1-on-1 printed clearly above the street address. Then he headed off to our destination whistling happily as he drove.

In all fairness, when the lovely Cara Sutra asked if I would do the interview, I really didn’t know what to expect. I only knew Sextoys.co.uk as the mysterious company that sells all those fabulous toys, costumes and other cool stuff on the Xcite Book site — often in conjunction with really hot books – some that included stories by yours truly. 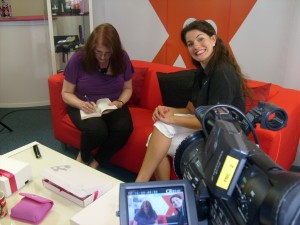 The taxi ride was about ten minutes to a nice business park that seemed quite upscale in comparison to the train station. I paid the driver and pressed the buzzer of a suite that had a bright, yet understated 1-on-1 sign above the door. Within seconds, Cara Sutra herself welcomed me into what could have passed as any other bright, comfy reception area for any of the myriad businesses in the complex… Except for the colourful displays of dildos, hand cuffs, lingerie, love balls, muff dye and lots of interesting gadgets I didn’t recognize. I’m such an innocent. This was the show room, Cara told me. She apologized for her bare feet, her way of dealing with the spring heat wave. Cara calls herself the ‘Jill of all trades’ at Sextoys HQ, and if her enthusiasm is any indication, I’d say she enjoys her work.

She introduced me to Rach Starr, who offered me a 14-karat smile and a warm handshake. Rach was the presenter who interviewed me. I was then introduced to the video director and graphic designer in residence, Ellie Douglas, also bare-footed in honour of the weather, and Dean Sturgess, who ran the camera and added a few good questions of his own as the interview progressed. I found out later that Dean is also head of accounts.

Perched on a comfy red sofa in front of a huge One-on-One logo, Rach dazzled me with her smile and made me feel right at home while I nattered on and on about two of my favourite subjects; sex and writing – with a bit of walking and gardening thrown in for good measure. God, I’m so predictable. 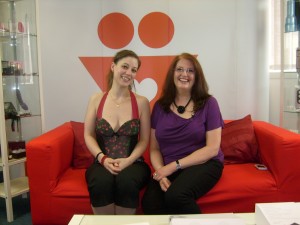 Then Ellie whisked me off for a tour of Sextoys HQ. The first stop was the enormous warehouse. Oh my, my! An erotica writer’s paradise. I’ve seen dildos and vibes and strap-ons before, but there were multiples… large multiples of everything! The colourful metal stock shelves rose from floor to ceiling full of every imaginable sex toy, gizmo or gadget, and some things I really couldn’t have imagined. In the spring heat, the huge sliding stock door was open to the fresh air.  Music played on the radio, and the place was a hive of activity. There were people filling orders, people stocking shelves, people rearranging shelves, and there were smiles and greetings all around. I was introduced to everyone in a whirlwind, so all I really remember are smiling faces and joking banter. 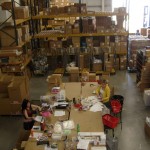 Then Ellie took me up to the centre of the operation, a bright open-plan office with huge plate glass windows letting in the light on three sides. If I’d been a cat I would have staked out a place on the carpet in the sun and had a snooze. But this place wasn’t about snoozing. Keyboards clicked and copy-machines copied. Ellie introduced me to customer service, IT, and other office personnel, again all offering happy smiles and greetings, though that could have possibly been because Kirspy Kreme donuts were the order of the day – probably for Rach’s send-off.

My favourite place had to be the catwalk out over the warehouse. I think it’s a hopeful sight, seeing floor to ceiling shelf after shelf of sex toys and other sex goodies with the sun streaming in behind the swirl of activity below. It was lovely to be in such a sex-positive place and to be with other people who think sex is worth celebrating.

By three I was on the fast train from Luton back to St Pancras, but not before I was invited to The Manor to see Ellie’s tomatoes and her chickens – another adventure for another time. I left Luton with the good feeling that comes from meeting new friends who share a common passion. As the train pulled away, I felt as though I were leaving a part of me behind. Then it came to me, I’d left my jacket in the studio, my own sacrifice to the spring heat. 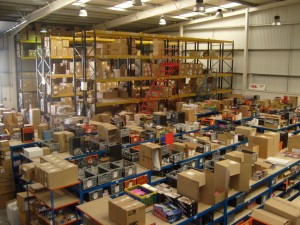 Cara tells me the interview will be on Sextoys.co.uk’s Vibe TV page, and will also be on attached to the product page of my books. I’ll pass the word when that happens.

5 Responses to “Adventures in Luton at Sextoys HQ”