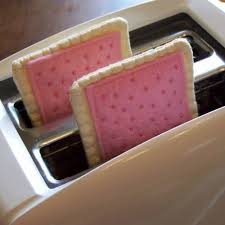 I’m visiting Grace Marshall’s back list for today’s Shameless Selfie. While the little piccie isn’t actually a selfie,  it certainly could be. I suppose I made Wade and Carla food philistines in Interviewing Wade because I’m a bit of one myself —  especially when I’m busy writing. When my head is down and I’m in the zone, anything that fills the void will get me there — though I try to make my choices a little healthier than Wade and Carla do.

That they find comeraderie in food that’s neither gourmet nor all that healthy is something that endeared me to them. That they both have the genes and the metabolism to not have to worry about what or how much they ate makes me more than a little envious.  They’re busy people, and they’re both a bit obsessive about their work. That being the case, they don’t really think about what they eat. An unexpected late-night breakfast turns out to be way more of a bonding experience than either of them expected.

Carla nodded to the chair opposite her and Wade sat down cautiously. She offered a dry smile and spoke around a 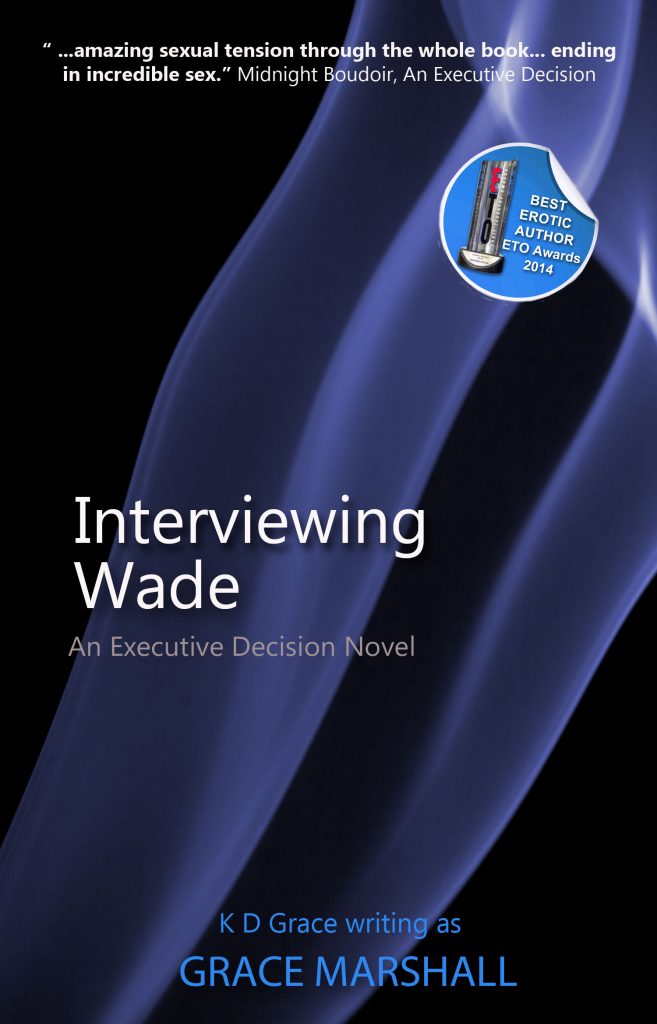 mouthful of toast. ‘Chair’s not booby-trapped, food’s not poisoned. My security system’s not that good.’

When he made no reply but savoured a forkful of eggs, she joined him in devouring the feast, satisfied that after the first bite, he shovelled it in with as much relish and lack of delicate table manners as she did. With her, eating was always done in a hurry to get on with what was always way more work than she had time for, unless she was settling in for a meal with her father. She suspected he cooked for her especially for that reason. And as she watched Wade stuff half a slice of toast into his mouth in one go, she figured he was probably the same, with no one to make sure he got a good meal from time to time. Though possibly Ellis invited him over occasionally, or maybe Harris Walker and his new wife, Stacie Emerson. Apparently her culinary skills were spoken about in hush tones. Strange, but it felt good to be able to offer something to Wade, even if the idiot did show up at three in the morning

‘Good,’ he said, at last, covering his full mouth with the paper towel she’d given him in lieu of the napkins she didn’t have.

‘Thanks. You think this is good, you should see me make Pop Tarts.

‘The secret is,’ she leaned across the table, ‘you’ve got to get the toaster set just right. And then afterwards,’ he leaned closer with wrapped attention, ‘afterwards I put butter on ‘em and stick ‘em in the microwave until it melts.’

Wade’s eyes were huge and very green in the kitchen lighting. He looked dead serious, as though she had just given him her secret for cold fusion. ‘I never thought about melting the butter on them in the microwave,’ he said, rubbing his chin thoughtfully. ‘But I find that I do like mine so that the little pastry edges are just beginning to get almost too brown.’

Christ! Were they actually talking about Pop Tarts? She laughed. ‘I like ‘em almost burnt, but I know that’s a matter of personal taste. My Dad likes his just barely warm.’

He lowered his head and went back to shovelling eggs.

She popped the last of her bacon into her mouth and spoke around it. ‘So tell me, is Fort Flannery as unassailable as my father assured me, or are we in need of an upgrade?’

To her delight, the smile didn’t disappear, even though the blush was hot on those chiselled cheeks. ‘I’m my own best guinea pig.’

He reached for the towel, holding her gaze. ‘You cook for me, I do the clean-up for you. Fair’s fair.’ His hand slid into the cloth and around her fingers as he drew it to his chest. His breath caught, his lips parted as though to speak, and God help her, she couldn’t resist, she leaned into him on tippy-toe and planted a kiss firmly on his mouth. She only meant for it to be a friendly peck, a way of saying thanks for checking up on her and for doing the dishes, but his other hand, covered with soapy water, swooped in and grabbed the front of her hoodie reeling her to him. Then he curled his fingers in the tangle of her wild hair and cradled the back of her head, pulling her still further up on her toes. ‘Oh God,’ he whispered, his tongue darting deep, his lips, soft and hard and bruising all at the same time, meeting hers in a clash of wills and a heroic effort to get closer and deeper. ‘Oh God, Carla, why did you do that,’ he gasped against her mouth.

‘I have lots of friends,’ he breathed. ‘None of them do that to me.’ 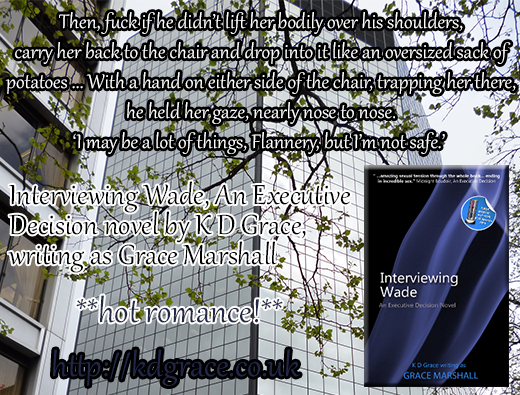 “Take one part of tall, dark and reclusive millionaire who likes to go bowling alone on Monday mornings, stir in another part in-your-face intrepid female reporter who never gives up until she gets her story and shake it up with a killer who has a score or two to settle. The result is a steamy and suspenseful tale that takes you on a fast-paced ride and keeps you turning the pages. The suspense is well done and really kept my interest. The book is easy to recommend. You won’t want to put it down. Go and grab your copy.” 4.5 out of 5, Love Bites and Silk Ties

“The story is well paced, with only inklings of the stalker’s identity showing up, after all kinds of computer searching, and old-fashioned footwork. The climax is shivery scary, and I couldn’t put it down.” 5 out of 5, Manic Readers

Coming Soon – In Bonds of the Earth, the second Book of the Watchers by Janine Ashbless (@sinfulpress) → ← Toys for Boys Up for Pre-order
© 2022 K D Grace
Site created and maintained by Writer Marketing Services