Week Two of the To Rome with Lust Blog Tour 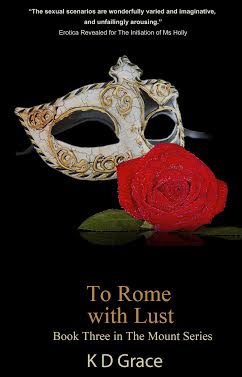 It’s been a totally fabulous first week for the launch tour and giveaway for my latest novel, To Rome with Lust!   And the very best thing about the first week is that it’s only HALF of the tour. There will be more fab interviews, more insights, more great piccies of Rome, and of course, more chances to win a £30/$50 gift card from Amazon!  Don’t miss out on any of the fun as we keep you updated on all the latest gossip from Martelli Fragrance as Liza Calendar and Paulo Delcour have an olfactory  sizzling olfactory romp that breaks all the rules as they plan and scheme Martelli’s sexy new Innuendo line.

And of course, you’ll get an up close and personal look at The original Mount in Rome and meet the sexy characters who hang out there. I promise heat, fun, and lots of delicious olfactory lust, so come and join the fun with Paulo and Liza and The Mount in Rome. Check out the calendar below for dates and links to the fabulous blogs I’ll be visiting in week two of the tour, and the chance to catch up on any blogs you missed. Don’t miss any of the olfactory fun!

TO ROME WITH LUST: Book three of The Mount series (Click here for Book One | Book Two)

‘Angelo, please. Please! Angelo, Angelo, Angelo!’ By the time he had rested her bare feet on his shoulders and settled into the feast she offered between her thighs, Lucia called his name like a mantra, and Paulo was convinced that a person would have to have no sense of smell at all not to smell the heat. His cock was hard inside his trousers as much from watching Liza’s response to Angelo’s shift in game plan as to what Angelo and Lucia were actually doing. 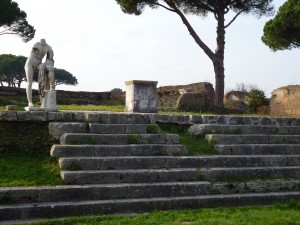 ‘What do you smell?’ Lucia managed with a little yelp as Angelo nibbled her clit. ‘Tell us what you smell.’

‘I smell arid summer and pine, I smell honey and lime and seashore. I smell hot metal and wet forest floor, I smell … I smell your orgasm like a sea storm.’

And before she finished the sentence Lucia bucked her hips and grasped Angelo tightly between her thighs as her cries echoed off the ancient walls of the ruins.

‘I want you in my mouth! I want you in my mouth, I want you in my mouth,’ Lucia babbled incoherently. To Paulo’s surprise, Angelo wasn’t the Dom tonight. He obeyed, shifting until his body arched over her, shoving and kicking until his trousers and boxers were off in a heap at his side. Then he lowered his cock into her mouth, positioning himself carefully so that she could take him into her throat, her head back, her mouth wide and begging like a baby bird, moaning pleasure as he lowered himself into a classic 69 position. Then with the flat of his hand, he opened her thighs, planted a lazy tongue kiss in her navel, then battled the front of the beleaguered Thong to bury his face back in her slit. Almost immediately she whimpered against his cock and her hips bucked. Lucia could come all night long. Everyone at The Mount knew that about her.

But it was what Liza was doing that had Paulo on the edge of coming. The way she sniffed, the way her eyelids fluttered then closed, the way she encouraged the lovers, the way she talked to herself of the scent of sea and earth and heavy thunderstorms. Oh God, he wanted to march right over to her, push up her skirt and bury his cock in her soft wet folds, and he knew she would be so wet, so slick. He knew she would be ready and yielding and that she would take him to the hilt and he would be in ecstasy with her butter and honey scent curling around his lightening storm heat. He stood very still, breathing deeply, deeply enough to smell sex, deeply enough to feel it in his cells, but as Angelo wiped his face on his arm and repositioned himself to thrust into Lucia’s pussy again, and as she wrapped her legs around him and howled another orgasm, it wasn’t either of them that was making him desperate for some relief of his own. It was Liza, Liza reveling in an orgy of scent, Liza like a goddess in her element. 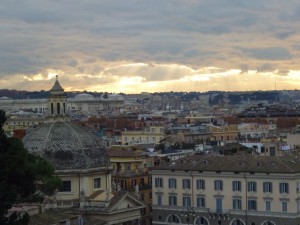 And when Angelo ejaculated with a roar, like a lion before Hercules, when his whole body convulsed like it would break apart, Paulo knew without a shadow of a doubt the man was feeling something he had never felt before. He was experiencing another dimension to sex, and he was a man who was jaded by experience.

But Liza knew that too. He could see it as she dropped to her knees gasping for breath, eyes closed, trembling, trembling all over. And Paulo could hold back no more, he rushed to her side and pulled her possessively into his arms. She uttered a startled yelp, then she looked up at him as though she wasn’t sure how he’d gotten there, as though she had been somewhere far away. Then she flung her arms around his neck and kissed him long and hard.