The Secret World of The Pet Shop

Last week, I gave you a tour of tree-hugging, reclusive, richer than God Vincent Evaston’s world. This week it’s time to take a tour of the secret world of The Pet Shop, the place where Pets hang out when they’re not with keepers, and the place where Tino feels most at home. 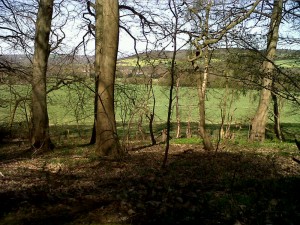 First Impressions of The Pet Shop

Stella had no idea how long the journey had been nor where to. From the Pet carrier in the back of the van she could see nothing. But when she was helped from the cramped space, she could make out the shape of a large country house, a high brick wall, and lots of trees. The woman, whose name she learned was Audrey, fitted her with a simple leather collar, then snapped a lead into the attached D-ring.

The Boss Takes Stella to Tino

The Boss led Stella out into the night, back along a narrow pavement, down a steep set of stairs and through a heavy wooden door.

Before she had a chance to get frightened, he flipped on a light switch, and a cavernous room emerged out of the shadow into details she failed to notice. Her whole attention was drawn to the pallet on the floor in the corner where Tino lay naked, blinking hard at the bright invasion on light-deprived pupils. He yawned and stretched and wiped sleep from his eyes. When he saw her, he came to his feet expectantly. As always, it was impossible for her not to notice his lovely penis, already at half mast and rising. He laid a hand against it, not like he was about to masturbate, more like he was taking the reins of a powerful animal.

The Boss chuckled softly. ‘I can almost hear your fear and anger, Stella, and I assure you there’s no need for either. This is where Tino sleeps whenever 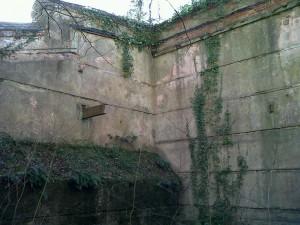 he’s here. Not sure why he prefers the dungeon to far more plush places a Pet of his status could sleep. Perhaps because he spends so much time down here anyway being punished for bad behaviour, and I assure you, he gets far less than he deserves. He unhooked the leash and nodded toward the big Pet. ‘Go on. If the two of you were magnets it would be easier to keep him from you.’

They were walking along a path that offered lovely strolls through a woodland of predominantly beech that surrounded the Pet Shop. It offered privacy for the Pet Shop as well as privacy for the Pets who wanted to have a little space away from the group activities. Alan brought Vincent here partly because he knew no one would appreciate it more, but mostly because he wanted to keep their meeting a secret. 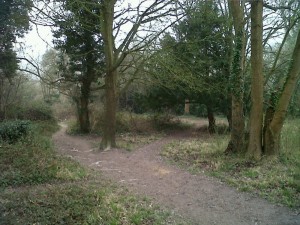 It was a lovely day and any other time, Vincent being who he was, would be lost in deep appreciation for the chorus of bird song and the variegated blanket of woodland flowers. Alan knew only too well that his distraction wasn’t a good sign. He figured he might as well press the issue and end the suspense. He forced a chuckle. ‘Anne’s worried that you’ll tell Stella about your relationship to the Pet Shop.’ It was a lie, but he couldn’t very well say what Anne really feared, what he feared.

‘Oh, I’m sure you wouldn’t,’ Alan waved away a couple of gnats.  ‘But you’ve got to understand, Anne’s dreamed about opening the North American Pet Shop for a long time. She just doesn’t want anything to go wrong. And frankly, you showing up unexpectedly here of all places makes me a bit nervous too, Vincent.’ There it was, honesty at last, and suddenly Alan felt like the friend he used to be.

Vincent turned to face him, and offered that half-smile that always put people at ease. Well most of the time anyway. He rested a large hand against 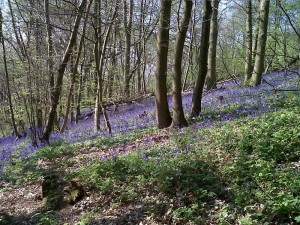 an ancient beech tree, and in spite of everything, Alan’s cock squirmed in his trousers with other memories more recent, more complicated than watching hawks quarter the fields, but any thought of arousal fled when Vincent spoke. ‘Alan, I know I promised Anne the North American Pet Shop, and that’s a promise I have no intention of breaking, but I don’t want Stella running the Pet Shop here. You’ll have to find someone else.’

Next week I’ll be giving you a peek of the London that Stella shares with Tino.

2 Responses to “The Secret World of The Pet Shop”