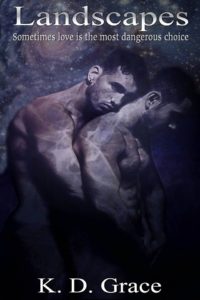 Alonso will be very cross with me for spotlighting him at this time of year. He would growl something about not being a damned mascot for a holiday corrupted by commercialism. Come to think of it, Alonso will be cross with me for spotlighting him anyway. He likes to keep a low profile, and I’ve already blown that for him, so I am not on his favourite persons list. Nevertheless, when someone asks me who my favourite male character is in my fiction, his name is in the top five.

Strangely enough, Alonso’s story revealed itself to me almost by accident. He was my first vampire. I was very intimidated by the thought of writing vampires at the time. I’m still not sure if he whispered in my ear or grabbed me by the throat and bared his fangs. Whatever he did got my full attention. Alonso Darlington is most definitely a vampire, and a pretty damn scary one too. His story was the first proper M/M romance I ever wrote. Calling it proper, however, might not be the best choice of words. Some M/M fans were a little put off by his early vicarious use of his succubus familiar to help him find out details about Reese Chambers and satiate his lust for the man while at the same time keeping him safe. Alonso doesn’t normally play well with humans.

I never imagined when Alonso Darlington shoved his way into my head that he would become one of the main characters in my Medusa Consortium novels, and that he would also become one of the characters my readers most lust after. Since his revelation to me, there have been multiple sexy vampires who have stepped out of the dark to seduce me with their stories, and his role as one of Magda Gardener’s most valued allies has made him an endless source of writing pleasure for me. Below is an excerpt of Alonso’s first encounter with Reese Chambers from my novella, Landscapes.Enjoy! 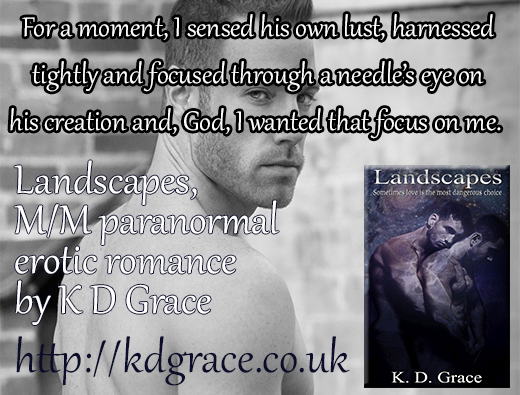 Find Out Who He Is – Landscapes Excerpt:

Next to me, Talia droned on about suitable residences in Cumbria, about the leasing of a car and the making of necessary renovations. The Twa Dogs was busy for a Monday night with tourist season past, but being invisible was always easier in a crowd.

I leaned forward to rake the tip of my thumb against the pulse point in her temple. ‘Everything, Talia. I want to know all of it. And when you know, come directly to me. I don’t care what time it is when you return. 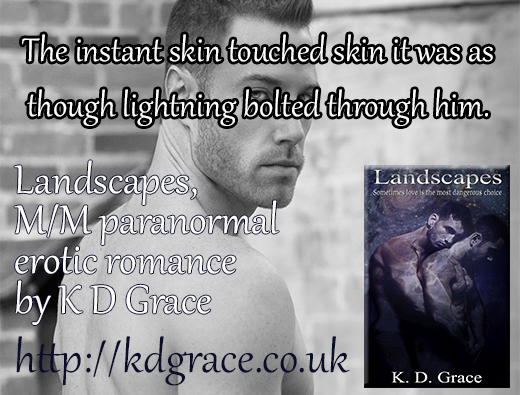 Though my need was such that my flesh was fevered and my cock an insistent throb, until she returned, I held myself contained within skin that felt too thin. When she saw the state that I was in, she pulled the heavy drapes with an efficient tug, then with a nod of her head, motioned me to follow her down into the basement room that had been prepared for me. When she turned to me at the foot of the bed, before she could opened her kiss-bruised lips to speak, I took her mouth, starving for the first taste of him, the taste of his saliva, the taste of his blood, mixed with hers. She’d bitten him; he’d bitten her back. He was rough, and he liked to be treated rough, but he kept that to himself. He was embarrassed by it. His lips were slightly chapped from so much time in the sun and wind, and they’d slid against hers, suckling and stroking and pressing until her mouth opened to his. With ravenous laps of my tongue, I tasted him in her mouth, and she held back the moan of response, so I could hear the echoes of his groans, heavy with need he’d not satisfied in awhile, and I felt kinship in my own unsatisfied needs. Images of him flashed through my head. Christ, his eyes were green, dark green like the evergreen forests of the north, and he kept them open when he kissed her, taking her in with his gaze.

He was Cumbrian born and bred, and his accent was the soft lilting sound of the fells. He was a landscaper and a gardener by trade. His hands held the magic of the earth and his mind conceived ideas for beautiful outdoor spaces; those he liked best were patterned after Renaissance and medieval gardens. He was homesick and heartsick. He’d gone to Surrey to work with his father because the money was good. But his father had died recently and he had returned home to Cumbria. He didn’t care if he had to work in a pub or muck stables. He wanted to be home. He missed the people and he missed the fells. He missed the simpler, more honest rhythms of life. He was shy, even a bit reclusive. He read voraciously and widely, he liked astronomy and he was afraid of snakes, though it embarrassed him to admit it. He hadn’t had sex in a long time, and found it better to have a wank than a meaningless encounter. The facts of him, the details of his life raced at me in a flood I consumed ravenously with each lap of my tongue.