Lily Harlem’s sexy Vipers have been re-released and are available on Kindle Unlimited for the first time.

“You grab the cushions,” Logan called over the noise of the flapping shrubbery. “I’ll anchor down the parasol.”

Unlocking the door to the living area, I grabbed three pillows and chucked them inside. I went back for the other three then tumbled in, half shutting the door behind myself. My hair was wild, my cheeks stung and my heart pounded as I caught my breath. 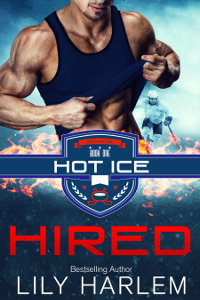 I watched Logan close the umbrella and secure the pole into place. He glanced around, shading his eyes with his hand, checking for anything else that might blow away, then headed my way with a train of dry, flat leaves skittering past his feet. I opened the door wide to let him through. He stepped in, still squinting against the dust, as I pushed the door shut with a loud click.

The world went silent. After the howling wind and the roaring sea, the quiet of the house was acute and heavy and fell around us like a dense cloak.

Leaning back against the door, I pulled in a deep breath. “Made it,” I gasped.

When I looked up, his cheeks were stained red, several grains of sand hung in his long lashes and his hair was tousled and dusted with gold. “Is that everything tied down?” I asked, trying to ignore my breasts heaving against my halter-top.

“Well, almost everything,” he said with a decidedly carnal grin.

I flattened my palms against the cool glass door behind me. “What else do you need to tie down?”

The right side of his mouth creased upward and he gave the tiniest of twitches with his eyebrows. “I’d like to tie you down,” he said, his gaze coming to rest on my mouth. “To the bed.”

My stomach knotted as excitement, anticipation and sin collided in a delicious tangle.

“But I guess that’s moving a bit fast,” he murmured, bending his head lower. “We only just met.”

“A bit fast for me,” I agreed, absorbing the burning heat from his body as it radiated toward mine. 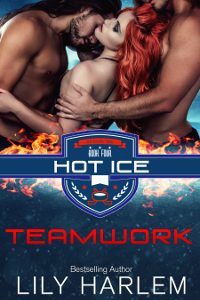 “Brooke.” He raised one hand and rested it against the wooden doorframe by my left ear. He moved in closer still. The gorgeous spiced aftershave he wore invaded my nostrils and settled not just on my tongue but somewhere else deep inside me. “You remember when you walked out the water yesterday?” he asked in a low, rumbling voice.

“Yes.” How could I forget the toe-curling embarrassment? He’d stared silently as me as I’d ambled up the beach, trying desperately to look cool and unflustered. I felt my cheeks warming further at the memory as my stomach twisted.

“It was a million times better than any Bond movie.”

“Hell, yeah. If they had you as a Bond girl it would be my favorite film. Not just 007, but any film ever.” His mouth slid upward in a grin. “You just about blew my mind.”

“I did?” He’d liked what he’d seen, and I thought he’d been unimpressed with my curvy attributes.

“Oh, yeah, my mind and other parts of my anatomy.”

He ducked his head, his lips a whisper from mine. I could almost taste the salt on his mouth.

“Well, we wouldn’t want that would we, Logan?” I murmured.

“Wouldn’t we?” He raised his eyebrows.

“It’s already getting painful.” He shifted his weight to the other foot. We were so close now my breast brushed against his chest and my nipples, which had tightened to hard pinched peaks, scraped against him through my clothing.

I reached up to touch his jaw, his bristles catching on my fingertips. Our gazes connected and I rose onto the balls of my feet and pressed my mouth to his. 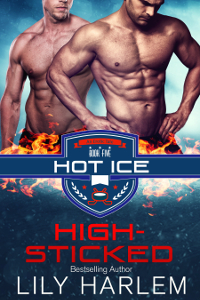 He opened up and took immediate control of the kiss. He tasted so good—man and ocean, wind and sun—he tasted of everything I was missing in my life and had been for so long. I moved my hands to his shoulders and squeezed hard muscles through his soft cotton shirt. My tongue searched for his and began to explore his mouth.

Logan groaned and let go of the doorframe, cradling the base of my skull in his palm and winding his other arm around my waist. He pulled me close and as the length of our bodies touched, right in the very center of my abdomen, he pressed his steely erection forward. He was right, he was painfully hard.

“Damn, you taste good,” he murmured, trailing a gentle kiss across my cheek.

I tipped my head back and let him explore the base of my ear, the angle of my jaw and the hollow of my throat. “I taste like salt,” I said.

“You taste of the beach and flowers and coconut,” he whispered between kisses. “Delicious.” He pulled back slightly, slipping his fingertips under the shoulders of my cardigan and easing it down my arms. It fell to the floor and he slid his palms back up over my elbows to the base of my neck.
Each tiny section of flesh he touched came alive with sensation and pricked with greedy little goose bumps searching out his caress. I found his mouth again and ran my fingers into the hair at the nape of his neck. I pulled his head to mine harder. I wanted more. Much more.

He was busy, fiddling with the knot at the back of my halter-top. It was cleverly designed with a fitted bra, it had cost a fortune but was well worth it. I felt it slipping free and pulled back from the kiss, crossing my arm over my chest and gripping my opposite shoulder to hold it in place.

“What’s up?” Logan asked, his eyes heavy with desire and his voice thick with lust.

“I’m…I’m big,” I said in a rush then felt silly for saying something so insecure and obvious.

“Me too,” he said, a provocative grin playing on his mouth. 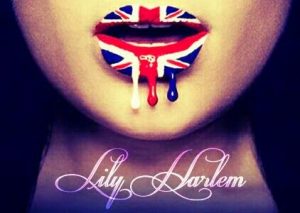 Before turning her hand to writing Lily Harlem worked as a trauma nurse and her latest HarperCollins release, Confessions of a Naughty Night Nurse draws on her many experiences while nursing in London. Lily also self-publishes and The Silk Tie, The Glass Knot Cold Nights, Hot Bodies Bite Mark and Shared have been blessed with many 5* reviews.

Lily writes MF, MM and ménage a trois, her books regularly hit the #1 spot on Amazon Bestseller lists and Breathe You In was named a USA Today Reviewer’s Recommended Read of 2014. Her latest MM novel is Dark Warrior and you can grab Part One of her series Caught on Camera for FREE! Don’t miss HOT ICE a popular hockey series, again first book FREE!

Lily also co-authors with Natalie Dae and publishes under the name Harlem Dae – check out That Filthy Book which has been hailed as a novel ‘every woman should read’ and is available in book stores nationwide.

Check out Lily’s website for details of her other books and her Amazon Author Page. Subscribe to her newsletter to get a FREE ebook and be the first to hear of new releases and free reads, and if you enjoy Facebook, hop on over there and say hi! 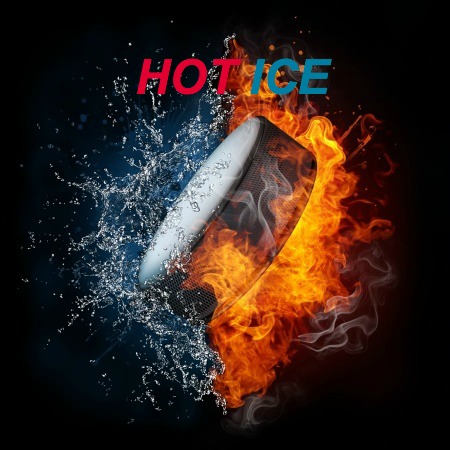