Buy from Totally Bound and get a sizzling extra chapter, available only to TB VIP readers! 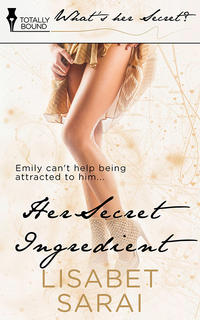 Her Secret Ingredient by Lisabet Sarai

Stir in a pinch to stir up his passion

When the Tastes of France food channel offers Mei Lee “Emily” Wong a series of guest spots, she jumps at the opportunity to take her culinary career to a whole new level. Ultimately, she wants a show of her own, but first she has to prove herself to Michelin-starred network founder and effective dictator, Etienne Duvalier. A legend in the world of classic French cuisine as well as a domineering perfectionist, Etienne is sceptical about the culinary abilities of a woman from Hong Kong. To make things more difficult, the master chef is also so gorgeous that Emily can’t help being attracted to him.

Emily tries to solve both problems by spiking her luscious profiteroles with an ancient Oriental aphrodisiac. Unfortunately, Harry Sanborne, the low-key, bespectacled producer for Emily’s show, samples the delicacies she intends for Etienne’s consumption. His powerful reaction to her secret ingredient comes as a pleasant surprise to them both. Harry turns out to be far more impressive in bed than on the set. However, he can’t do nearly as much to advance her ambitions as Etienne. Emily tries once more to tempt the exacting M. Duvalier with her special cooking as well as her feminine charms. The outrageous results threaten to end her TV career forever – until Harry steps in to save her reputation and claim her heart.

“Even our Monsieur le Chef can be swayed by great food. The desserts – oh, I’ve just got to try one of these…”

Before I could stop him, though, he’d nipped a cream puff off the pile and popped it into his mouth. His eyes went wide as he chewed and swallowed.

“Unbelievable! Give me another…”

“Please, no…!” I grabbed at his arm, but it was too late. He’d already devoured a second choux.  “Those are supposed to be for Etienne…”

“Come on, you’ve made at least two dozen. He won’t miss one or two.”  Harry made as if to reach for a third puff. I hung on, trying to restrain him, but he was far stronger than I. Under that dorky clothing, I felt his muscles tense and shift.

He halted, his fingers inches away from its target, as if suddenly aware of my touch.  Turning away from the tower of pastries, he gazed down at me. Behind his glasses, his mocha-coloured eyes gleamed with powerful purpose.

“Harry?” My stomach did a somersault. My cheeks felt as though they’d just come out of the oven. Meanwhile he held me in that fierce, all-consuming stare.

My right hand still gripped his left arm, near the shoulder. He reached out to rest his on my shoulder, as if we were about to dance. “You know, I actually see something a lot sweeter right here.” He slid his palm down my back and pulled me to his chest with a decisiveness that sent my pulse into overdrive. When he leaned in close, I smelled the almonds on his breath.

“Shh!” He enforced this directive by fastening his mouth on mine in an energetic kiss.

He tasted, unsurprisingly, of sugar and cream. His firm lips moulded to mine while his tongue teased at the seam, coaxing me to open. I shouldn’t have given in, but I honestly couldn’t help it. He might look like a bit of nerd, but this guy really knew what he was doing. Wet, but not sloppy – forceful, but not brutal – alternating between deep penetration and playful flickering – he kissed with consummate sensuality. All I wanted was to swoon in his arms, to let him take me over.  He seemed eager to oblige.

The hand on my back wandered down to cup my ass and pull my pelvis against his. I gasped at the size and rigidity of the lump pressed against my pubis. My nipples snapped into aching knots and moisture flooded my already damp panties. He laced the fingers of his other hand through my hair, using them to control the position of my head as he drank his fill of me.

His mouth slipped away from mine to nuzzle below my ear, somehow finding the precise spot that’s directly connected to my clit.  Meanwhile he groped my breasts, squeezing hard – harder than I usually like, but now I actually wanted more.

Apparently he did, too. He tugged at my blouse, trying to pull it out from the waistband of my skirt, and finally succeeding. The first graze of his fingertips along my naked skin sent a wave of arousal crashing through me.

“Wait – no – aah…oh…” My protests faltered as he deftly extricated one of my breasts and caught the nipple between his thumb and forefinger. He tugged on the taut node of flesh, twisted it, flicked it back and forth. I swear I felt him doing the same to my clit. At the same time, he caught my earlobe between his teeth, worrying it like a pup with a toy.

Oh God! He was all over me, fondling and caressing whatever flesh he could access through my dishevelled clothing – and it was glorious! Crumpling my skirt to the waist, he worked his clever fingers under the elastic of my panties to stroke my soaked fur. I jerked against his palm, wanting him to explore more deeply. He appeared happy to oblige, pushing into my channel with his fingers while strumming my clit with his thumb. I wormed  my way into his loose trousers and clung to his cotton-covered ass, feeling his gluts flex as he ground his astonishing hardness against my belly. 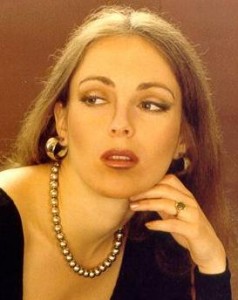