Looking for some hot paranormal erotica? Here’s a hot excerpt to remind you that Body Temperature & Rising, book one of the Lakeland Witches Trilogy, is now FREE to download and enjoy all through the month of February! Be sure to get yours and immerse yourself if the steamy, sizzling paranormal chills and thrills. 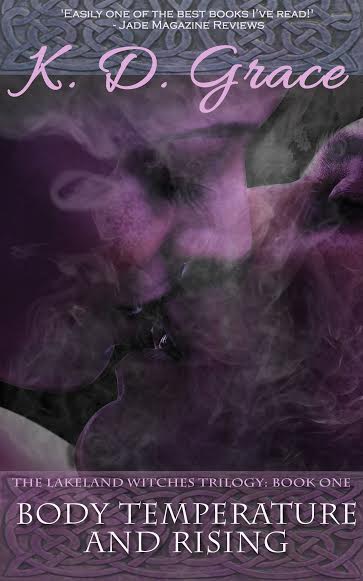 Marie cranked the water to cold and stood in the sluice of it until her teeth chattered, and still it was as though a million tiny pinpricks were alive just beneath the surface of her skin, as though Deacon were still reminding every single pore in her body how desperately she needed to come.

She was shivering uncontrollably when Anderson opened the shower door and shut off the water, ignoring the splash on his pristine white shirt. ‘It is enough, my love. I cannot allow you to catch your death.’ He bundled her into a huge blue towel and began to dry her goose fleshed skin vigorously. He tisk-tisked. ‘My dear, even I am warmer than you when I first take the flesh. This will never do.’

She tried not to writhe beneath his touch, but the misery of her need was overwhelming. Her lip trembled, and in spite of her best effort her eyes misted. ‘I wanted him, Anderson. Dear God, how could I want him?’

He lifted her open palms and placed a kiss on each where her nails had pierced her hands. ‘You have no idea what you have done, do you, my sweet Marie? Of course you wanted him. That is his magic, to make himself the most desired of all beings, to make his victims feel in their bodies hunger and lust for him like they have never imagined. Even Fiori, who is a powerful witch, not to be trifled with, gave in. But you did not. You banished him twice and remained free.’

‘Then why do I feel this way if I’m so special? I feel like I’m on fire, I feel like I’ll explode if I don’t … if I don’t get some relief. It disgusts me that it’s because of him, and yet still I want.’

‘Shhh!’ Anderson stopped her words with a light kiss. ‘My darling Marie …’ He wiped a single tear from her cheek and lifted her chin so that she met his dark gaze. ‘… There are many elements, many facets to sex magic. And that with which Deacon has afflicted you, he cannot now take back from you. It is now yours. And what is now yours, you may freely give to me, you may allow me to ease your need, as you did earlier when the situation was more desperate. In doing so, we may, together, transform it to pleasure and even something more powerful still.’ He kissed her palms again. ‘If you will permit me?’

‘Permit you? I beg you, Anderson.’

‘My love, it would never in a hundred lifetimes be necessary for you to beg love from me.’ He took her mouth deeply, tongue plundering, teeth nipping, lips insisting. He lifted her in his arms and carried her to the bedroom, where the bed had been mysteriously, perhaps magically, made up. There, he pulled back the duvet, kissing and coaxing her down onto the soft mattress.

His body was shades of silver and shadow in the moonlight, teasing her eyes with glimpses of the hard plain of his belly and the tight half domes of his buttocks. As he shrugged out of his clothes, the shape of him still remained vague and mysterious but exquisitely solid, substantial as he moved onto the bed next to her, his anxious cock leading the way. He dropped a wet, suckling kiss on each of her heavy nipples, and she arched her back and ground her arse against the clean sheets.

‘I think we must first give you some much-needed relief.’ He brushed a thumb solicitously against her bulging clitoris, and she whimpered and shifted her hips against his touch. ‘The seat of your pleasure is ripe with your desire,’ he said. ‘And I have such a fondness for ripe fruit.’ Still stroking the swell of her with his thumb, he slipped two fingers between her pouting labia and the catch of his breath mirrored hers as he gently probed and withdrew and probed again until he found her g-spot and she soaked his hand and nearly bucked off the bed.

He released a deep sigh. ‘You are as wet as the fells in heavy dew, and the feel of you makes my own need almost more than I can contain.’

He lifted her on top of him and carefully positioned her, stroking her pussy lips, then parting them. She felt the press of the head of his penis against her pout. His hands on her hips guided her downward, and she cried out at the exquisite pleasure of him pushing into her grudging tightness, then yielding, then pushing again until she had completely accommodated the fullness of his erection. And suddenly her thoughts were as filled with Anderson as her body was with his substantial cock. Then he began to move inside her, shifting his hips in such a way that with each thrust he raked against the swell of her clit, sending shock waves of delight up through her body as she thrust back.

‘I think we shall not linger long this first time,’ he gasped between barely parted lips. ‘Your need is too great, and mine is little less so. Once we have achieved some measure of relief, there will be all the time we need for pleasuring, and I think we shall need a lot.’ 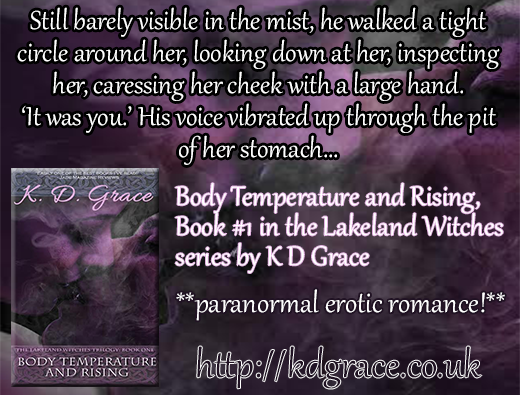 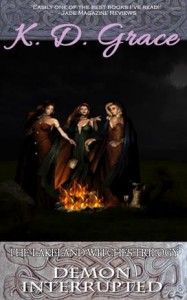